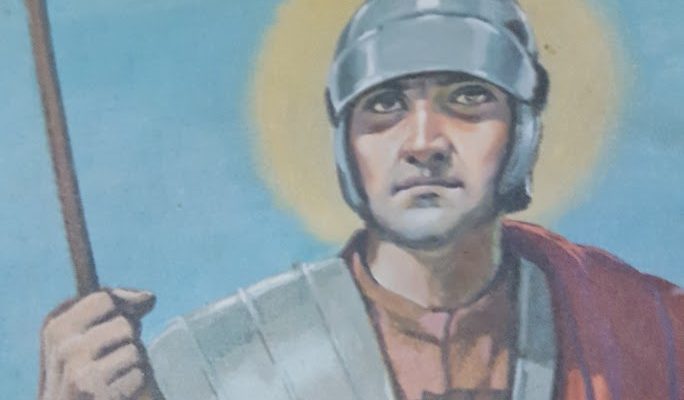 Saint of the day: St. George, Patron of England and Boy Scouts

St George is one of the great martyrs of the early Church. He was a soldier and rose to high rank in the Roman Army. The Emperor Diocletian honoured George for his great bravery. Then he became a Christian and that changed everything for him.

When George became a Christian, he resigned his position in the army and rebuked the emperor himself for being cruel to the Christians. He was put into prison and tortured, but nothing could make him change his mind. He was then beheaded and the Christians took his body to Palestine to bury. This happened in the beginning of the fourth century, 303.

Pilgrimages were made later to his tomb in the Holy Land and many miracles were worked through his intercession.

The figure of St George and the dragon is a symbol of his Christian courage in overcoming the spirit of evil, the devil, who in the Bible is called the Dragon.

St George was chosen as Patron Saint of England by the first Norman Kings, and Edward III instituted an order of knighthood in his honour in the thirteenth century, his feast was declared a public holiday.

May our hearts burn with ardent love for God. And may our faith be our shield against the wickedness of this world, Amen

St George, pray for us.
Happy feast day to all George and St George parishes.