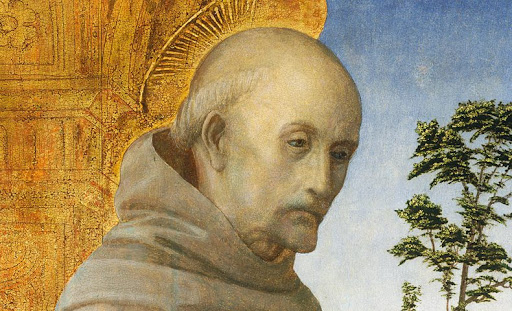 Saint of the day: St. Bernardine of Siena

St. Bernadine was born at Massa in Siena in 1380. He was orphaned at a very early age and was looked after by His pious aunt who loved him as her own and educated him. Even his first early years were brightened by his proficiency in study.

As a member of the Confraternity of Our Lady, he served the sick in the hospital, nor did he desist when the great epidemic broke out in the year 1400. He even persuaded other young men to help out. Four years later, he entered the Fathers of the Strict Observance of the Order of St Francis.

After he became a priest, he devoted himself to preaching. For the next fourteen years, he laboured in his own country, where devotion to the Holy Name of Jesus which he championed became widespread.

He gradually became the apostle of Italy in the 15th century. Then in 1427, he refused to become Bishop of Siena and again in 1435, that of Urbino.

Though honour and applause followed him, his actions depicted sincere humility. He always concealed the talents God had given him because of praises.

In 1435, he was appointed Vicar-General of the Strict Observance but after five years he obtained his release from this office and in his old age continued the work of preaching in Romania, Ferrara, and Lombardy. He died in 1444 and was canonised by Pope Nicholas V.

St. Bernadine, pray for us. Amen

Happy feast day to all Bernard and Bernadine.