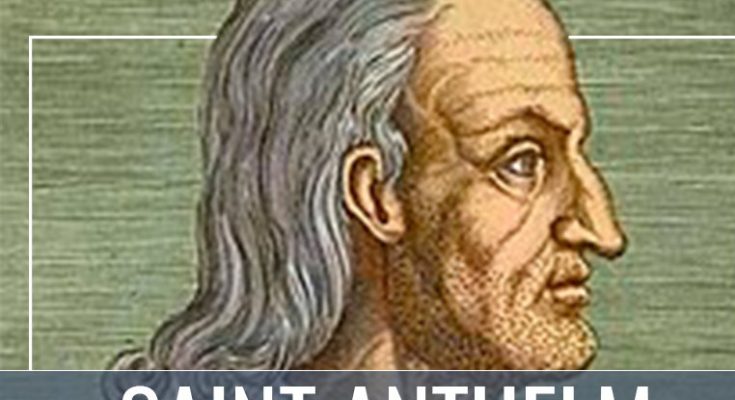 St. Anthelm, rightfully regarded as the greatest ecclesiastic of his age, was born about the year 1107 in Savory of a noble family. He was educated for the church. After his ordination, he was made provost and secretary of the province of Geneva. He increased the earnings of his diocese by astute management. He was a high minded young priest but he was also primarily interested in the things of the world.

At the age of thirty, he resigned his ecclesiastical benefice, left the world, and donned the habit of St Bruno. Two years later, he became prior of the motherhouse of his Order which soon began to flourish under his direction.

In 1152, he retired to Portes, looking forward to a life of solitude. But God has other plans for him. He was appointed prior here too and succeeded in reforming this monastery as well. After two years he returned to his previous monastery but was still denied solitude.

In 1159, a schism occurred in the church between the supporters of the canonically elected Pope, Alexander III, and a rival. St. Anthelm supported the true Pope by a vociferous campaign that resulted in the Pope’s victory.

He was commissioned by the Pope to go to England and try to reconcile King Henry II and St Thomas Becket but he did not achieve this because he suddenly died on June 26, 1178.

To be or not to be. God has a purpose for everyone. Whatever your destiny is, it shall be fulfilled. Amen

St. Anthelm, pray for us. Amen

Share this
TAGSaint of the day St. Anthelm
Previous PostNew Directory for Catechesis released Next PostSaint of the day: St. William of Monte Vergine, Hermit