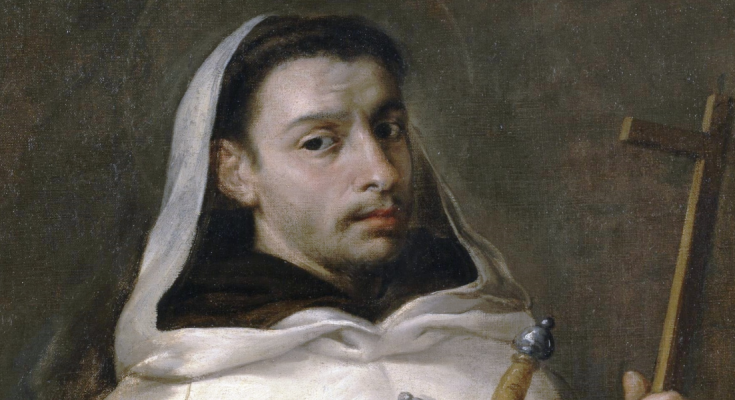 Saint of the day: St. Angelo of Jerusalem, Martyr

Angelo (or Angelus) was born in Jerusalem, the son of Jewish parents who were converts to Christianity. He and his twin brother joined the Carmelites at the age of eighteen.

For five years Angelo lived as a hermit on Mount Carmel and went on to Sicily, where he experienced great success in making converts among the Jews, especially in the areas of Palermo and Leocata.

And it was here at Leocata that a man called Berengarius stabbed him to death in the year 1220. Angelo had denounced him for his wicked ways earlier. As Angelo lay dying, he prayed for the people who had been listening to him but especially Berengarius who had just stabbed him.

May we always stand for the truth, especially about Christ, knowing that it could cause us our lives. Amen

St. Angelo, pray for us. Amen

Happy feast day to all Angelo.

Saint of the day: St. Florian, Martyr, Patron of Poland

One thought on “Saint of the day: St. Angelo of Jerusalem, Martyr”