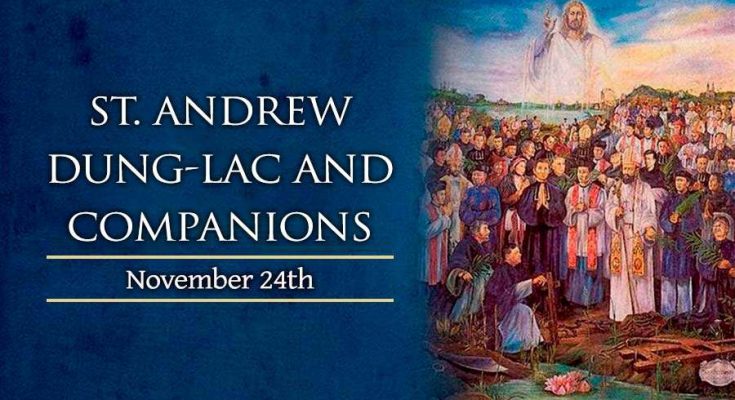 Saint of the day: St. Andrew Dung-Lac and Companions

During his papacy, Pope John Paul II canonized a group of 117 martyrs who died for the Roman Catholic Faith in Vietnam during the nineteenth century.

The group was made up of ninety-six Vietnamese, eleven Spaniards, and ten French. Eight of the group were bishops, fifty were priests and fifty-nine were lay Catholics including a 9-year-old child. Some of the priests were Dominicans, others were diocesan priests who belonged to the Paris Mission Society.

This feast day, and the witnesses of the lives of the martyrs, give testament to the sufferings inflicted on the Vietnamese Church, which are among the most terrible in the long history of Christian martyrdom.