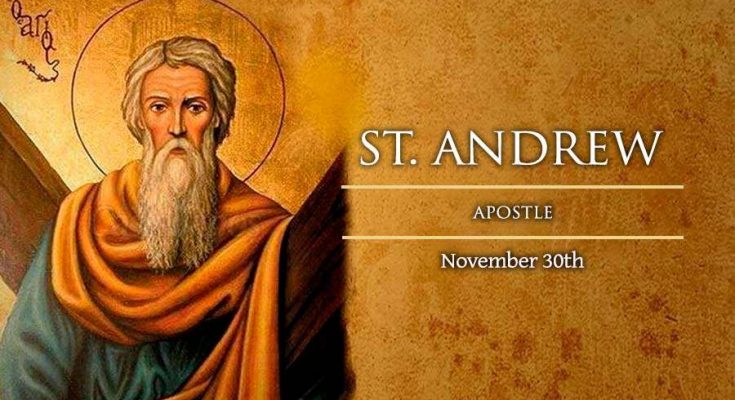 On Nov. 30, Catholics worldwide celebrate the feast of St. Andrew, apostle and martyr. A fisherman from Bethsaida and brother of Simon Peter, St. Andrew is said to have spread Christianity in Russia and Asia minor after Pentecost in the first century.

He was crucified by the Romans in Greece on an X-shaped cross, which is now his distinctive symbol as well as the symbol of Scotland, of which he is the patron.

St. Andrew demonstrated his love for his brother as well as his apostolic zeal when, convinced that Jesus was the Messiah, he sought out St. Peter. “Andrew, the brother of Simon Peter, was one of the two who heard John and followed Jesus.

Some of St. Andrew’s remains were brought to Scotland in the fourth century, though parts of his skeleton lie in the crypt of the cathedral in Amalfi, Italy, where they are removed twice a year and produce a clear, water like substance. The substance, called “manna,” is said to have miraculous attributes.