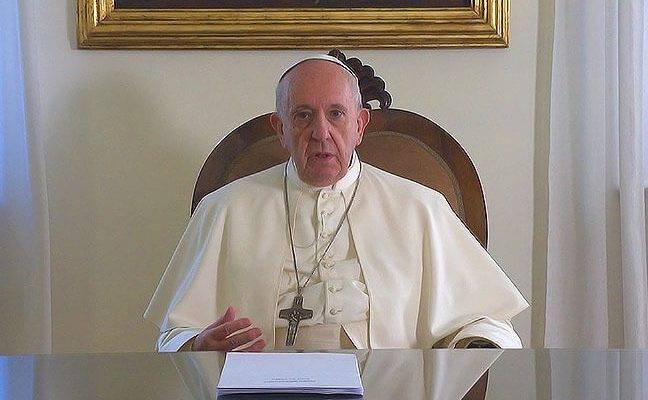 The Holy Father, Pope Francis in an audience with members of the National Federation of the Order of Surgeons and Dentists earlier today urged them to reject the temptation to support the death wish of patients.

The pontiff was on the view that doctors who grant the death wish of patients are providing assistance to suicide or causing death directly with euthanasia.

“These are hasty paths in the face of choices that are not, as they might seem, an expression of a person’s freedom when they include the patient’s discard as a possibility or false compassion in front of the request to be helped to anticipate death.” Said, Pope Francis

He added that “As stated by the New Charter for Health Care Workers: “There is no right to arbitrarily dispose of one’s life, so that no doctor can be the executive guardian of a non-existent right” (No. 169).”

In quoting St. John Paul II, Pope Francis noted that the responsibility of health workers is to enormously increase and find its deepest inspiration and its strongest support precisely in the intrinsic and unavoidable ethical dimension of the health profession as the ancient and ever-present recognized oath of Hippocrates, according to which every doctor is asked to commit himself to absolute respect for human life and its sacredness (Enc. Evangelium vitae, 89).

Pope Francis encouraged doctors to possess together with the due technical and professional competence a code of values and meanings with which to give meaning to the illness and to one’s work and to make every single clinical case a human encounter.

He called on doctors not to lose sight of the singularity of each patient with his dignity and fragility.