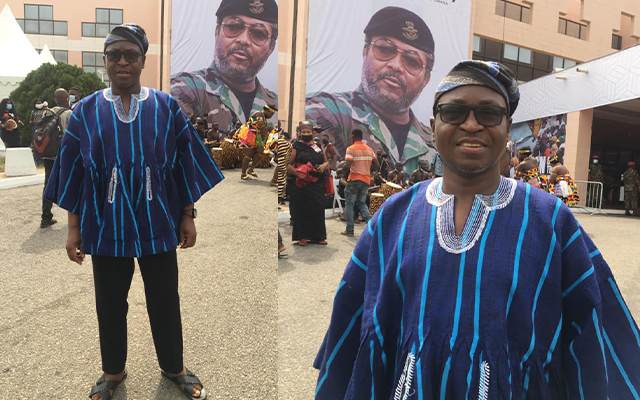 A drafted tribute has already been used in very high places. Yet, I cannot overrule the demands and determinations of Fate and Justice to pay a personal tribute to the memory of late former President Jerry John Rawlings.

I say “I cannot overrule…” because I have not been too eager to pen a tribute to a man who would have known about the intellectual exploits of a nationally-celebrated teenager that included close associations and expressions of the tenets of the Revolution. Yet, instead of getting us into active participation for the national cause, we once ended up in a life-threatening jam seemingly orchestrated by some of his close acolytes. This happened just as I was inaugurated onto the national scene in 1990.

The ensuing feeling of anger and resentment may have informed my decision to head out of the parade ground ahead of everyone else – including the Head of State – at the end of the Remembrance Day Service of 1996, at the Black Star Square in Accra.

I was in Legon and had then struck out on the New Agenda I had, in collaboration with the Almighty God, been called to. In many ways it was a non-conformist, even iconoclastic, approach to help bring meaningful and lasting edification to all the levels of associations I belonged, namely, self, immediate and larger family, Old School and friends, Ghana, Africa and the Black race – and, now as divinely expanded, to the human race who are called by God.

I had a lot on my hands, I perceived and believed.

So, as soon as the closing National Anthem ended on that overcast November morning, I struck out from under the public canopy where I had sat and sang in participating in that annual ritual to honour our fallen heroes, to go continue the important work bestowed.

As I moved out, the sirens of Rawlings’ motorcade began screaming behind me. I turned and saw the lead cyclist frantically flagging me to give way for the Head of State. I stopped and stood to attention in the open space near the exit of the Square where the urn for lighting the Perpetual Flame sits.

The multi-cycle motorcade then rode past me, followed by the President’s black land cruiser. As the gleaming vehicle drove by, I saw through the tinted glass, President Rawlings bow his head slightly and give me his trademark salute.

This was a salute like no other because of the unmistakable and tender body language of respect that accompanied it.

To me, that was the humblest and most beautifully gracious the late former President had ever looked. There could be – and, indeed, I believe, there are – many more sublime and serene transfigurations of a man mostly known for his bravery and toughness.

The black shirt, black jacket, purple necktie and light brown, knitted Muslim skullcap to top the dress and colour-code I chose to suit the solemn occasion have another esoteric relevance that has been the subject of a published story and would again be related sometime later. It is seemingly suggested that in the scheme of military signals, military intelligence and the human psychology of signal detection, the culmination of the colour scheme in that Presidential salute was not accidental nor coincidental.

Recounting my exhilaration at President Rawlings’ stately salute sometime later at home, my Dad thought it was a remarkable recognition; yet wondered whether that deference done me could match the respect accorded him when the top brass of the PNDC, with Nana Konadu Agyeman-Rawlings, arrayed to take his greeting upon the arrival of one of his bosses, a top United Nations official arriving from New York (Picture attached). I leave that determination to your good judgment…