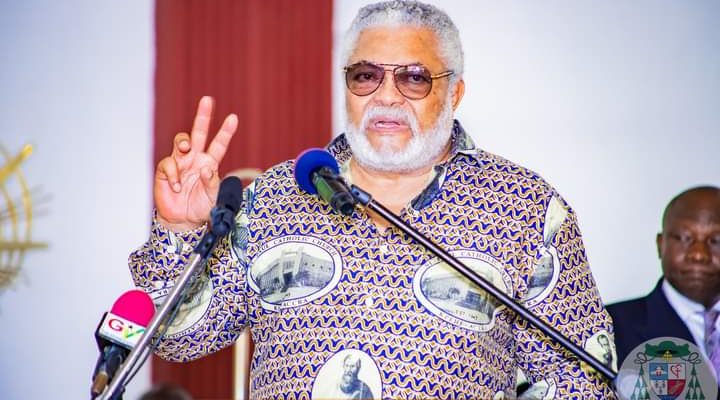 Like St. Tarcisius, the Taricisians bring the knowledge and love of Jesus to the home and the homes and families of others, through three gold pennies; of Prayer to Jesus, little sacrifices especially obedience, Mass and reception of Holy Communion. The main aim of Tarcisians is; A Spirit of Love, A Spirit of Reparation, A Spirit of Apostolate and A Spirit of Consecration of the Sacred Heart of Jesus.

Young Tarcicians are grouped together from all ages into a band of youthful apostles for early moral and spiritual development. Rev. Fr. Joseph Harold Lauck, SVD founded the League of Tarcisians at St. Joseph’s School at Adabraka in the Catholic Archdiocese of Accra in the early 50’s and kept the members of the League together by having Holy Hour with them every Friday. 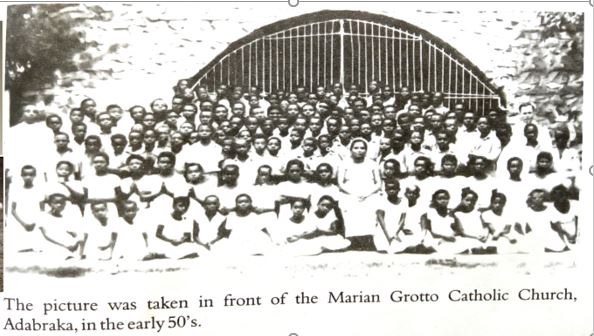 The Tarcisians enjoyed attending the Sacred Heart Mass on the first Fridays of the month. A group picture was taken of all the Tarcisians after a First Friday Mass, and among those in the picture could be seen Fr. Lauck, Fr. Wilson, S.V.D., Mrs. C. Hagan and Mrs. Addai, prominent teachers of the school.

The students were Jerry John Rawlings, Peter Agbenu, Victor Selormey, Vincentia Mensah and William Addo. Providentially, Rev. Fr. Lauck enabled as many students as possible to have copies of this picture which became famous when one of the Tarcisians many years later became the Head of State of Ghana, namely: President Jerry John Rawlings.

The devotion to the Sacred Heart was extended to St. Pope John’s Minor Seminary and SHS, Koforidua, where the League was established with many seminarians as members.

The Friday, Holy Hour Prayers became a favourite devotion among the seminarians, and as the Sacred Heart blessed them, many of them were ordained to the priesthood in the persons of Rev. Fr. Ted Nelson-Adjakpey, Rev. Fr. Patrick Charkitey, Rev. Fr. Samuel Batsa and Rev. Fr. Dominic Okletey.

Presently the League of Tarcisians of the Sacred Heart is formed in several Senior High and Junior High Schools, and some tertiary institutions throughout the Archdiocese.

We are proud Tarcisians, J.J. RAWLINGS forever in our hearts. We leave you with this prayer for a peaceful rest of your soul.

O Gentlest Heart of Jesus, ever present in the Blessed Sacrament, ever consumed with burning love for the poor captive souls in Purgatory have mercy on the soul of Your departed servant H.E. FLT. LT. JERRY JOHN RAWLINGS. Be not severe in Your judgment, but let some drops of Your Precious Blood fall upon the devouring flames, and do thou O merciful Saviour send Your angels to conduct Your departed servant to a Place of refreshment, light and peace, Amen. May the souls of all the faithful departed, through the Mercy of God, Rest in Peace, Amen.

Previous PostI Will Not be Stumbling Block to Government Business- Speaker Bagbin Next PostTHE BARRACKS LIFE NEVER LEFT HIM: Lessons from the Life of a True Soldier and Statesman, J. J. Rawlings!