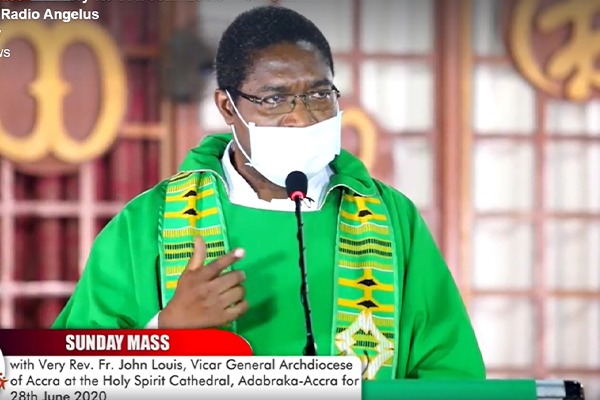 The outfit of the Catholic archbishop of Accra has, through a new guideline dated July 30, directed priests in the archdiocese to refrain from the imposition of hands by touching to curb the spread of the coronavirus.

The guidelines directed at priests, religious and lay faithful in the Accra archdiocese is in consonance with the state’s further ease on restriction on religious activities and calls on all to abide strictly to avoid further mishap.

The church, in observing the laid out COVID-19 health protocols has charged priests to “avoid the imposition of hands by touching” with a further caution on employing the use of fresh cotton wool in carrying out anointing.

The new directive also puts on hold the use of liturgical garments by liturgical ministers.

According to the new guideline “church choirs and other liturgical ministers, while now not restricting their numbers, are to follow strictly the one (1) meter social distancing during their rehearsal and singing in church. They also not use or vest in their liturgical garments until further notice”,

See attachment below for further details

Share this
Previous PostPriests must hear confession without the aid of electronic devices - Vicar General Next PostCOVID-19: Caritas Ghana Gets 99,785.56 Euros Vatican Grant