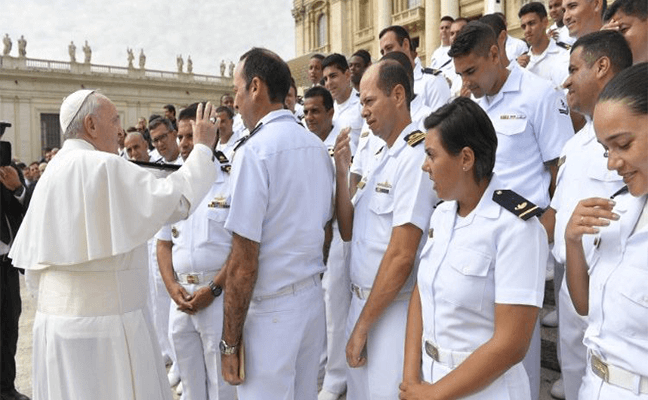 Pope Francis prays that the 80th anniversary of the start of World War II, which falls on 1 September, may be an opportunity to reflect on the horrors of war.

Sunday, 1 September, marks 80 years since the outbreak of the Second World War.

Pope Francis recalled that tragic day on Wednesday, as well as the commemorations to be held in Warsaw, Wielun, and other Polish cities.

“We shall all pray for peace, so that the tragic consequences of hate – which brought only destruction, suffering, and death – may never be repeated,” he said.

The Pope also invited everyone to pray to God, so that “peace may reign in the hearts of all and in families, societies, and amongst peoples.”

Pope Francis’ words came in his remarks to Polish pilgrims present at the General Audience.

Numerous heads of state will attend the commemorations in Warsaw, including several EU and NATO member states. US President Donald Trump will also be in attendance.

The German and Polish presidents will mark the outbreak of World War II in Wielun, the first Polish city bombed by Nazi Germany.

Later in the day of 1 September, world leaders will converge on Piłsudski Square, in Warsaw, to mark the 80th anniversary at the Tomb of the Unknown Soldier.