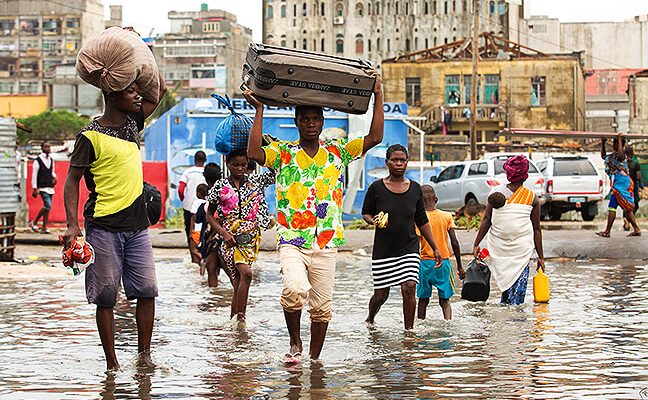 The Holy Father Pope Francis has expressed his closeness and solidarity to those struck by cyclones Idai and Kenneth in Mozambique.

He added that the devastating effects continue to be felt by so many families especially in places where it is not yet possible to rebuild because they require special attention.

“Sadly, I will not be able to go personally to visit you but I want you to know of my own participation in your anguish and suffering and the commitment of the Catholic community to respond to this most difficult situation. Amid the catastrophe and desolation, I pray that in God’s providence constant concern will be shown by all those civil and social groups who make people their priority and are in a position to promote the necessary rebuilding. Said, Pope Francis

On 14 March, Cyclone Idai made landfall at the port of Beira, Mozambique, before moving across the region. Millions of people in Malawi, Mozambique and Zimbabwe have been affected by what is the worst natural disaster to hit southern Africa in at least two decades.

Six weeks later, Cyclone Kenneth made landfall in northern Mozambique the first time in recorded history two strong tropical cyclones have hit the country in the same season. The devastation caused by the cyclones could bring the cumulative number of children in affected areas in urgent need of humanitarian assistance in healthcare, nutrition, protection, education, water and sanitation to nearly 1.4 million in Mozambique alone.