Home World News Pope Francis: No tolerance for racism, but without violence 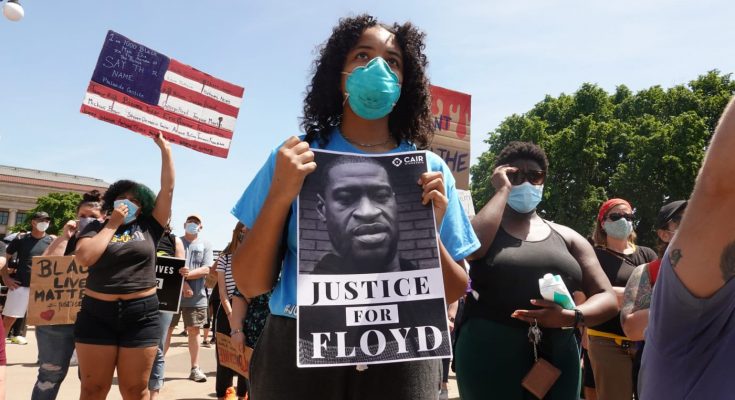 Pope Francis: No tolerance for racism, but without violence

In his greetings to the English-speaking faithful at the weekly General Audience, Pope Francis addressed the people of the United States, as protests continue throughout the nation.

“I have witnessed with great concern the disturbing social unrest in your nation in these past days, following the tragic death of Mr. George Floyd,” he said. “We cannot tolerate or turn a blind eye to racism and exclusion in any form and yet claim to defend the sacredness of every human life.”

The Pope then cited a recent statement from Archbishop José Gomez of Los Angeles, president of the US Conference of Catholic Bishops (USCCB), to denounce outcroppings of violence at some protests.

“At the same time, we have to recognize that ‘the violence of recent nights is self-destructive and self-defeating. Nothing is gained by violence and so much is lost’.”

Pope Francis added that today he joins the Church in Saint Paul and Minneapolis, and throughout the entire US, “in praying for the repose of the soul of George Floyd and of all those others who have lost their lives as a result of the sin of racism.”

Prayer for reconciliation and peace

The Pope concluded his remarks with an invitation to prayer.

“Let us pray for the consolation of their grieving families and friends and let us implore the national reconciliation and peace for which we yearn,” he said. “May Our Lady of Guadalupe, Mother of America, intercede for all those who work for peace and justice in your land and throughout the world.”

Share this
TAGGeorge Floyd Pope Francis
Previous PostBishop Osei-Bonsu explains “how many Times a Priest can say Mass in a day” Next PostPope at Audience: God does not abandon us, He is companion and guide