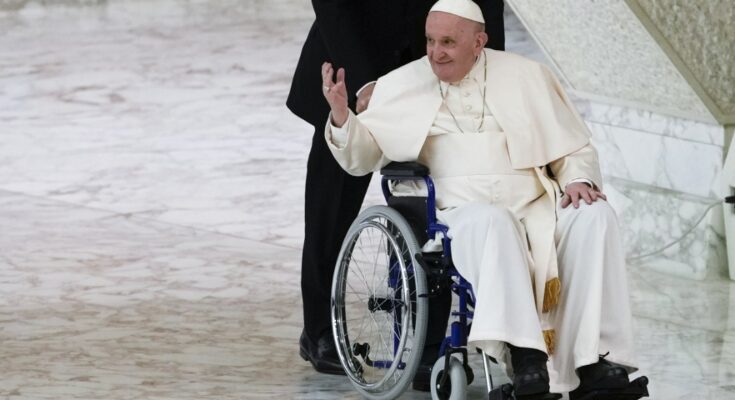 Pope Francis has said that he has no plans to resign in the near future.

In an interview with Reuters, the Pope dismissed the rumors that a consistory of Cardinals called for late August along with an upcoming trip to the town holding the tomb of Pope Celestine V, who stepped away from the papacy in 1294, are signs of a pending resignation.

Its a topic the Pope previously addressed with a group Brazilian bishops who met with him at the Vatican.

There was a lot of talk in the press that he was going to resign. And he told us: “I don’t remember saying that. That has not crossed my mind. I want to live the mission entrusted to me until the end.”

Yet Pope Francis did not preclude the possibility of someday resigning should he be unable to run the Church due to his failing health, adding that he suffered a “small fracture” in his knee and is undergoing laser and magnet therapy.

On the war in Ukraine, the Pope confirmed that there had been talks between the Vatican Secretary of State, Cardinal Pietro Parolin, and Russian Foreign Minister Sergei Lavrov about a possible papal trip to Moscow.

He added that “it is possible” that he go to Ukraine after his trip to Canada, but that the first he must go to Russia to try to help the situation there.

Pope Francis also discussed the U.S. Supreme Court’s ruling to overturn Roe v. Wade, maintaining his strong condemnation of abortion. On refusing communion to Catholic politicians who publicly support expanding access to abortions, the Pope said the Church must not lose its pastoral nature or it “causes a political problem.”