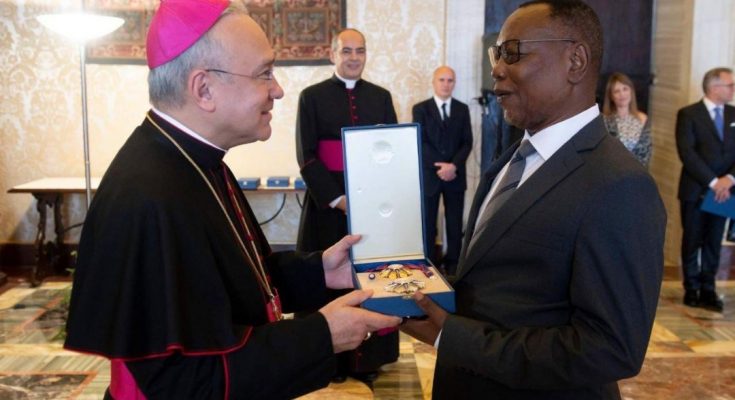 The Holy Father, Pope Francis has conferred on Ghana’s Ambassador to the Holy See, His Excellency Joseph Akudibillah, the Grand Cross of the Order of Pope Pius IX, the highest Papal Award.

The Award, the highest distinction conferred by the Vatican on laypersons was presented to the Ambassador on behalf of the Holy Father by His Excellency Archbishop Edgar Robbinson Pena Parra, Substitute Secretary of State for General Affairs at a recent ceremony at the Vatican.

It is also often given to Ambassadors accredited to the Holy See after two years in post as well as exceptional lay Catholics in the wider world for their outstanding deeds for the Church and society.

The Order of Pius IX (Pian Order) was founded by Pope Pius IX on June 17, 1847. It recognizes outstanding service for the Church and society and may be awarded to non-Catholics as well as Catholics.

The title of nobility formerly attached to membership was abolished by Pius XII in 1939. In 1957, he instituted the Grand Collar as the highest category of the Order, complementing the other classes of Knights and Dames of the Grand Cross (GCPO); Knight and Dame Commanders with star (con Placa) (KCPO, DCPO) and without star (KCPO, DCPO); and Knights and Dames (KPO/DPO). 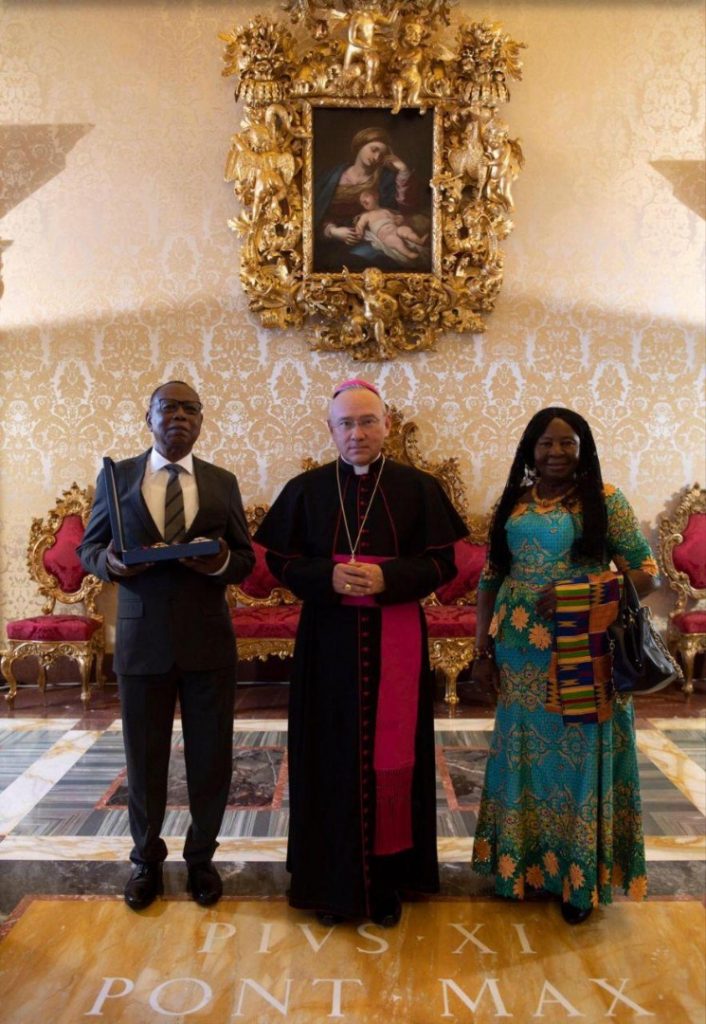 The words Virtuti et Merito (Virtue and Merit) are engraved around the white medallion in the centre which portrays the name of the founder. The feast day of Blessed Pius IX is 7 February.

Receiving the Award, Ambassador Akudibillah thanked Pope Francis and the Holy See for the honour done him and also expressed gratitude to President Nana Addo Akufo-Addo and Ghanaians in general for the privilege given to him serve in this prestigious capacity which has earned him the Papal award.

Ambassador Akudibillah until his appointment was a parishioner of the St. Anthony’s Catholic Church at Daduuri in the Bawku Municipality of the Catholic Diocese of Navrongo-Bolgatanga.

He was appointed Ghana’s Ambassador to Rome in 2017 by President Akufo Addo. Ambassador Akudibillah was also the MP for Garu Tempane from 2000 to 2004.