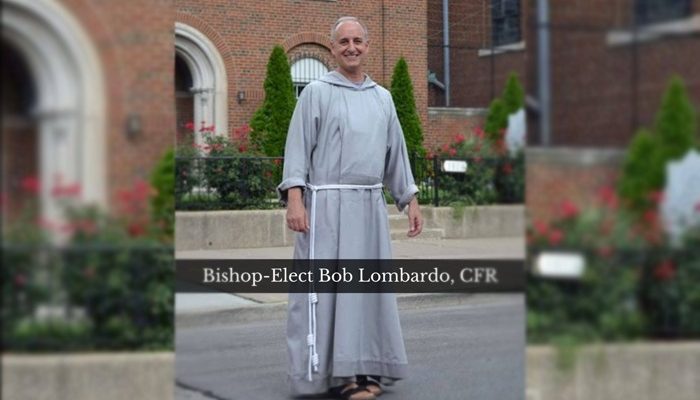 It is with gratitude to God that the Franciscan Friars of the Renewal announce that Fr. Bob Lombardo, CFR has been named an Auxiliary Bishop of the Archdiocese of Chicago.

Bishop-elect Lombardo is one of the eight founders of the Community of Franciscan Friars of the Renewal. The Community was established with a desire to work more definitively for personal and communal reform within the Church.

After serving in numerous capacities for the Community over an eighteen-year period in the South Bronx, Bishop-elect Lombardo responded to an invitation by Cardinal George in 2005 to open a mission for the poor on the west side of Chicago.

He currently serves as the Director of the Mission of Our Lady of the Angels in West Humboldt Park, IL. As a faithful son of St. Francis, Bishop-elect Lombardo has consistently sought to play his part in “Rebuilding the Church” serving both the materially and spiritually poor. A privileged fruit of his labor and fidelity is the founding of the Franciscans of the Eucharist in 2010.

Please pray for Bishop-elect Lombardo as he takes on this new responsibility in the Archdiocese of Chicago. 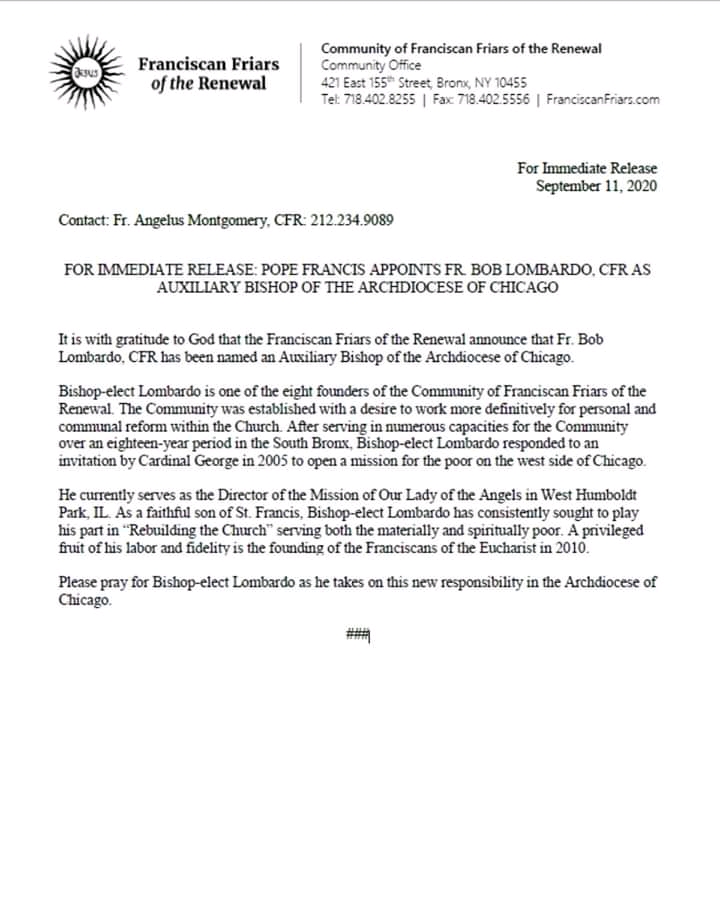 Source: The Community of the Franciscan Friars of the Renewal

Share this
Previous PostFr. Elvis writes: How Lovely is the Lord's Dwelling Next PostDEPSOCOM Accra brings you 2020 Priestly ordination