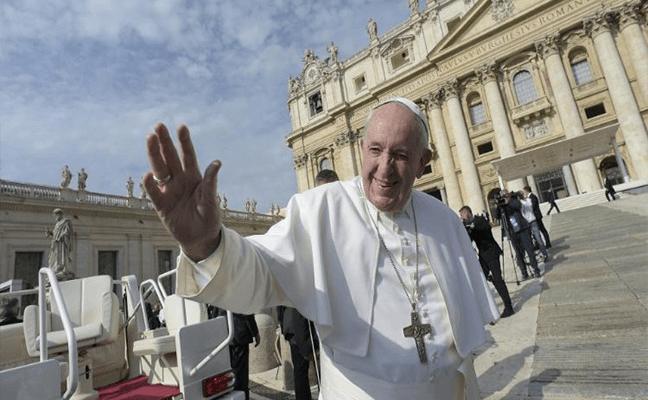 Pope at Audience: Church a ‘field hospital’ that cares for sick

At the weekly General Audience, Pope Francis says the Church is like “a field hospital” that must care for the sick, even when our actions incite envy and hatred in others.

Continuing his catechesis on the Acts of the Apostles, Pope Francis reflected on how Jesus strengthened the early Christian community to serve those in need, especially as seen in the ministry of St. Peter.

He said the early Church is depicted as “a field hospital that takes in the weakest people: the infirm.”

“The sick hold a privileged role in the Church and in the priestly heart of all the faithful,” said Pope Francis. “They are not to be cast aside. On the contrary, they are to be cared for, to be looked after. They are the objects of Christian concern.”

The Holy Father said Peter emerges as the head of the apostles, as his Pentecost preaching and ministry of healing shows.

Peter, like Jesus, is drawn to people suffering illness and infirmity, so he acts in persona Christi, allowing Christ to operate in his actions.

“Peter carries out the work of the Master,” said Pope Francis. “Looking at him with faith, we see Christ himself.”

“In the wounds of the sick and in the diseases that impede us from moving forward in life, Jesus’ presence, and His wounds, is always there,” he added. “Jesus calls each of us to look after them, to support them, and to heal them.”

Despite envy and threats

Pope Francis said the healing power of the apostles incited envy and hate in the Sadducees, who imprisoned and beat them.

Peter’s response to their threats, said the Pope, was that “we must obey God rather than men”.

“This is the great Christian response,” he said. “It means listening to God without hesitation”.

Finally, the Holy Father invited the pilgrims present at the General Audience to ask the Holy Spirit for the interior strength to know that God is always at our side as we carry out His healing work.

One thought on “Pope at Audience: Church a ‘field hospital’ that cares for sick”