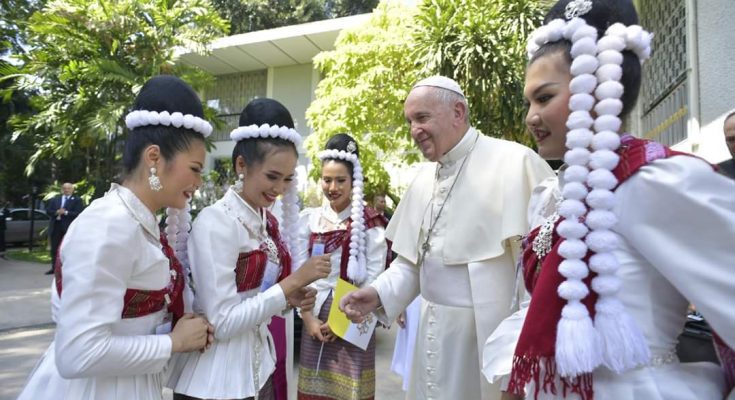 Like
Post Views: 2,605
The Holy Father, Pope Francis arrived in Bangkok  after an eleven-hour flight from Rome for his 32nd apostolic journey expected to last for seven days.
Thailand is the first stop on a seven day Apostolic Journey to Asia taking him to Thailand and Japan.

He is also expected to be in  Japan later this week 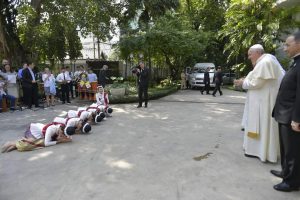 Some of the underlining themes for the seven day journey are, Confirming these nation’s small Catholic communities in the faith, promoting inter-religious dialogue, defending life and the environment: these are just some of the themes underlining the visit.

A representative of the Royal Council of Thailand, and another six authorities representing the Thai Government, met the Pope on his arrival, together with members of the Thai Bishops’ Conference. Also there to greet him were 11 children representing the dioceses of Thailand where Catholics number around 300,000. 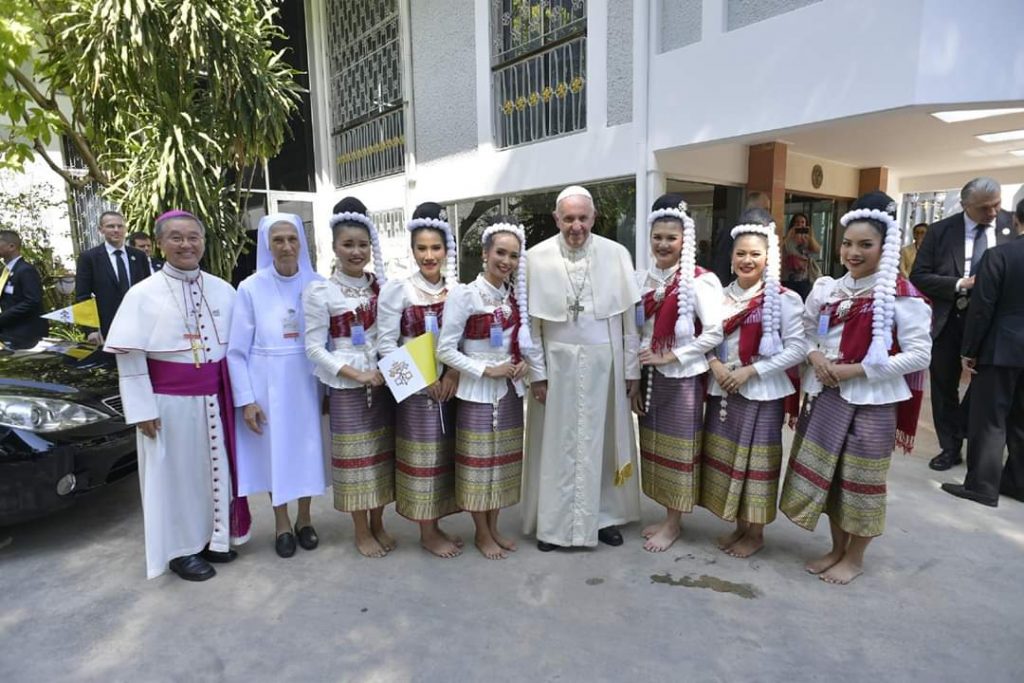 The Pope’s first appointment on Thursday is at Government House where the official Welcome Ceremony will take place. Pope Francis will meet privately with Thai Prime Minister, General Prayuth Chan-ocha, before addressing authorities, members of civil society and the diplomatic corps.

Before lunch, Pope Francis will meet medical staff and a group of patients at the St. Louis Hospital in Bangkok. This important healthcare facility was founded by Catholics in 1898.

In the afternoon, the Pope will pay a private visit to the King of Thailand, Maha Vajiralongkorn Rama X, at the Amphorn Royal Palace.

The Pope’s first full day of events will conclude with the celebration of a Mass with young people in the National Stadium of Bangkok.