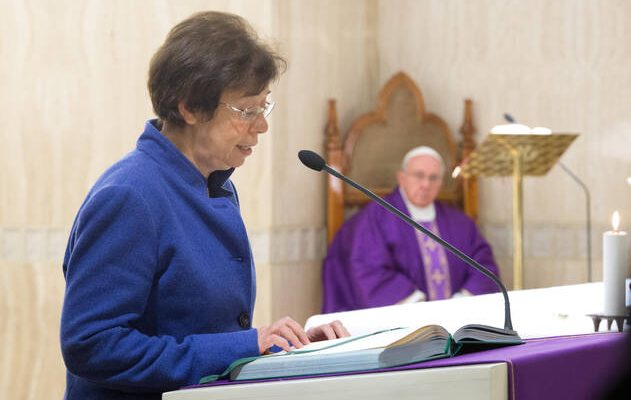 Pope Francis has appointed Dr. Francesca Di Giovanni, an official of the Secretariat of State, new sub-secretary of the Section for Relations with States, entrusting her to follow the multilateral sector.

Di Giovanni, who has been in the Secretariat of State for almost 27 years, was born in Palermo in 1953 and graduated in Law. He completed the notary practice and worked in the legal-administrative sector at the International Center of the Opera di Maria (Focolare Movement).

Since September 15, 1993, he has been working as an officer in the Section for Relations with States of the Secretariat of State.

The envious position is mostly held for priests, bishops or cardinals.

Di Giovanni has always carried out are service in the the multilateral sector, especially with regard to issues concerning migrants and refugees, international humanitarian law, communications, international private law, the condition of women, intellectual property and tourism.

From yesterday 15th January 2020 the Section for Relations with States has two undersecretaries.

She goes to support Monsignor Mirosław Wachowski, who will mainly deal with the sector of bilateral diplomacy.

Were you surprised by your appointment as undersecretary?

Yes, absolutely! For several years now we have been thinking about the need for an undersecretary for the multilateral sector: a sensitive and challenging sector that needs special attention because it has its own methods, partly different from those of the bilateral framework. But for the Holy Father to entrust me with this role, I honestly would never have thought of it. It is a new role and I will try to do my best to match the confidence of the Holy Father, but I hope to do so not alone: I would like to make a lot of calculations on the harmony that has so far characterized our working group.

Can you explain what the “multilateral sector” is?

In simple terms, it is a question of the relations between intergovernmental organizations at the international level and includes the network of multilateral treaties, which are important because they enshrine the political will of the states on the various issues. We are thinking about development, the environment, the protection of victims of conflict, the plight of women, and so on.

What is your job?

I will continue to deal with what I have followed so far in the Section on Relations with the States, although i will now be in this new role in coordinating the work of this sector.

Yes, actually, it’s the first time a woman has a leadership job in the Secretary of State. The Holy Father has made an innovative decision, certainly, which, beyond my person, represents a sign of attention to women. But the responsibility is related to the task, rather than to the fact of being a woman.

What, in your view, can be the specific contribution of a woman in this field?

The words of the Holy Father in the homily of 1 January, in which he makes – we can say – a hymn to the role of women, also saying that “Woman is a donor and mediator of peace and must be fully associated with decision-making processes. Because when women can pass on their gifts, the world finds itself more united and more at peace.” I wish I could contribute to this vision of the Holy Father that can be realized, with the other colleagues who work in this sector in the Secretariat of State, but also with other women – and there are many – who work to build fraternity even in this dimension International. It is important to emphasise the Pope’s attention to the multilateral sector, which is now being questioned by some, but which has a fundamental role in the international community. A woman may have certain aptitudes to find common ground, cure relationships by caring for unity. I hope that my being a woman can be positively reflected in this task, even if they are gifts that I certainly also see in the attitude of my male colleagues.

The Pope spoke about the multilateral system in his recent address to the Diplomatic Corps, calling for reform.

The Holy See also has the mission, in the international community, to ensure that the interdependence between men and nations develops in a moral and ethical dimension, as well as in the other dimensions and various aspects that relations acquire in the present world. We must never tire of fostering dialogue at all levels, always in search of diplomatic solutions. For example, in his recent address to the Diplomatic Corps, the Pope recalled, among other things, the many positive results of the United Nations, which this year celebrate the 75th anniversary of its establishment. We want to continue to see them as a necessary means of achieving the common good, even if this does not rule us out of calling for changes or reforms where they are seen as necessary.