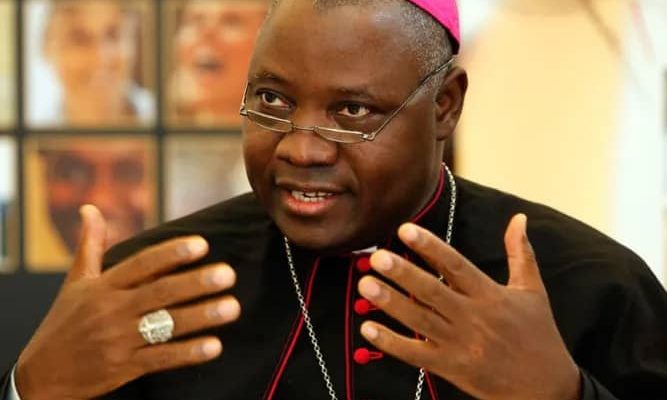 The Holy Father, Pope Francis has appointed Archbishop Ignatius Ayau Kaigama as new Archbishop  for the Archdiocese of Abuja following the retirement of His Eminence John Cardinal Olurunfemi Onaiyekan, Archbishop emeritus of the Archdiocese.

A statement by the Chancery of the Abuja Archdiocese, sighted by Angelus News indicates that, effective November 9, 2019, Archbishop Kaigama will hold the fullness of the sacrament of Holy Orders in the Archdiocese of Abuja as contained in a statement signed by Rev Fr Sebastian Musa, chancellor for the Archdiocese.

Archbishop Ignatius Ayau Kaigama was born in Kona, Taraba, on 31st  July 1958. He studied for the priesthood at St. Augustine’s Seminary and ordained a priest on 6 June 1981. 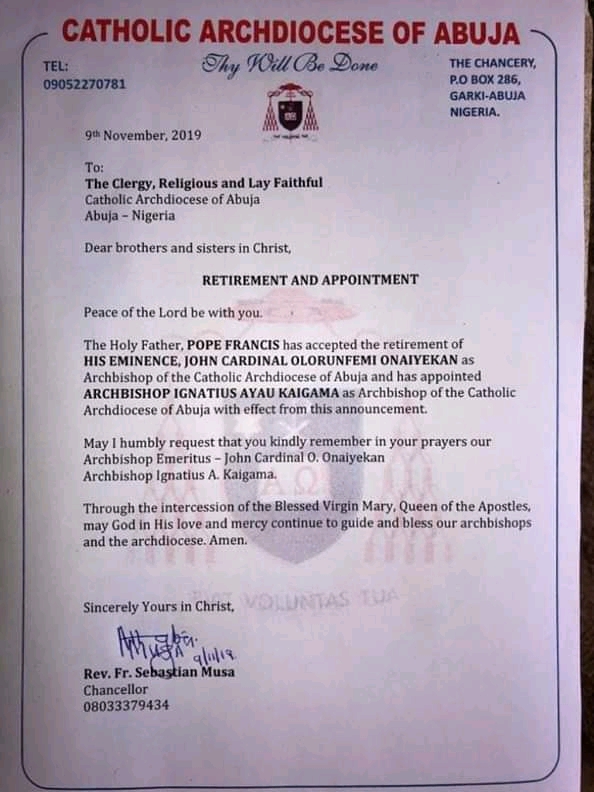 He earned  a doctorate in theology in 1991 At the Pontifical Gregorian University on 3 February 1994, pope john paul II appointed him bishop of the newly established roman catholic diocese of jalingo and consecrated bishop on  April 23, 1995.

He was President of the Nigerian Bishops’ Conference from 2012 to 2018 and President of the Episcopal Conference of West African Catholic Bishops. He is also chairman of the Plateau state- convened “Interreligious Committee for Peace”. Together with the late Emir of Wase, Alhaji Haruna Abdullahi, he has been involved in promoting mutual understanding between Christians and Muslims.

On March 11, 2019 Pope Francis  named him Archbishop Coadjutor of Abuja  and he became Archbishop of Abuja when Pope Francis accepted the resignation of his predecessor, Archbishop Emeritus John Onaiyekan , on 9 November 2019.