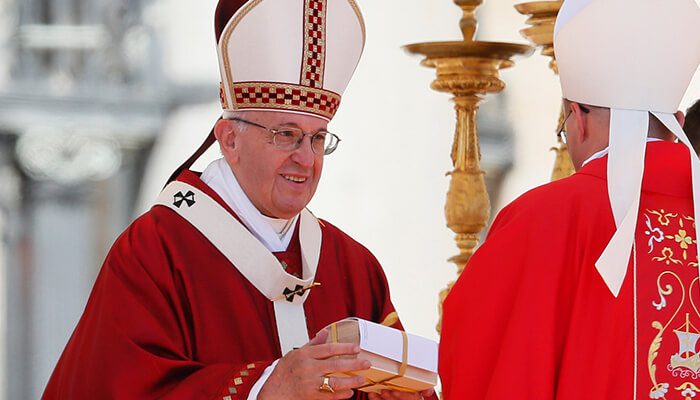 The feast of St. Peter and Paul, is the traditional day for receiving of the pallium from the Holy Father by all the newly appointed Metropolitan Archbishop from around the globe. It is a day of obligation for every Catholic to attend Mass. In Rome, the capital city of Italy, and other Catholic nations it is a public holiday. Among the thirty-one archbishops to receive this special symbol of their unity with the Pope who is the Successor of St Peters, is Most Rev. John Bonaventure Kwofie CSSp, Archbishop of Accra. He was installed as the third archbishop and fifth bishop of Accra archdiocese on 1 March 2019 at the Holy Spirit Cathedral.

The celebration will be presided over by the Holy Father Pope France and concelebrated by cardinals, bishops and priests. The ceremony which will be held at St. Peter’s Basilica starts at 9:30am Rome time.The pallium is a liturgical vestment that dates to the 4th century and eventually became associated with bishops. By the 11th century, metropolitan archbishops had to seek permission from the pope to wear it. This developed into an annual celebration for which the newly appointed archbishops from around the world would travel to Rome and be given the pallium from the Roman Pontiff.

The pallium is made of a circular strip of white lamb’s wool about two inches wide and is placed over the shoulders. Two vertical bands, extending from the circular strip in the front and back, give the pallium a Y-shaped appearance. Six black crosses, one each on the chest and back and on each shoulder and band, adorn the vestment. 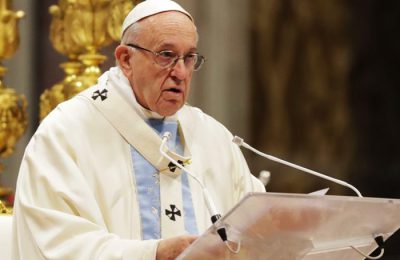