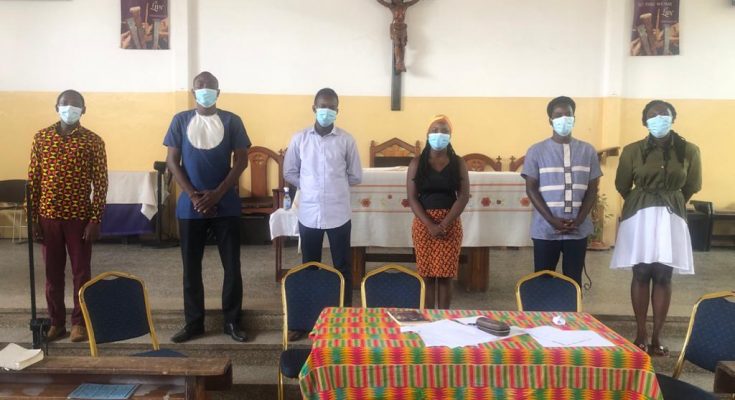 The Osu Deanery Youth Council has elected its first Lady Chair at a meeting on Sunday, 22nd February 2021 at the St. Thomas Aquinas Catholic Church, Cantonments.

The executives who fall within the 18 to 30 years age bracket prescribed for all eligible youth as directed by the Catholic Bishops Conference were tasked to steer the affairs of the Deanery and coordinate activities of parishes and churches which fall under the Deanery.

The Osu Deanery Youth Council was formed after the re-demarcation of deaneries in the Archdiocese of Accra in December, 2009 by a decree from the Metropolitan Archbishop of Accra, Most Rev. Charles Gabriel Palmer-Buckle. The first meeting of the deanery was held in February, 2010 at the Holy Spirit Cathedral. From the meeting an interim executive committee was appointed to steer the affairs of the newly created council under the guidance of the then Youth Chaplains, Rev. Fr. Joseph Mensah and Rev. Fr. John Neumann Tettehfio.