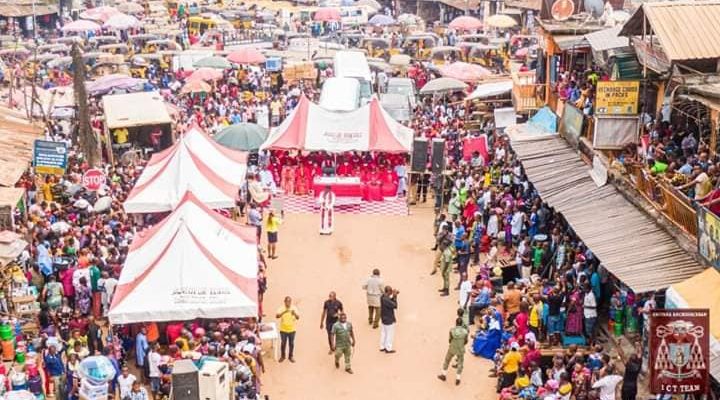 The Catholic Archdiocese of Onitsha led by chief shepherd of the Archdiocese, Most Rev. Valerian Okeke on Tuesday November 19, 2019 donated a cash amount of 27 million Naira to victims of the Ochanja market fire outbreak which occurred on October 16, 2019.

As part of activities to support victims of the fire outbreak, Priests, Religious and faithful of the Onitsha Archdiocese celebrated Holy Mass at the market to draw them closer to God.

In a post sighted by Angelus News, Archbishop Valerian Okeke expressed excitement about the exercise and extended a solemn request for help for the victims of the October 16 disaster.

“To those wounded, I pray for God’s divine healing and to those who lost their lives, we continue to pray God to accept them among His saints and console the family. Amen.”, he averred.

Beneficiaries of the donation expressed their gratitude for the kind gesture by the Archdiocese.