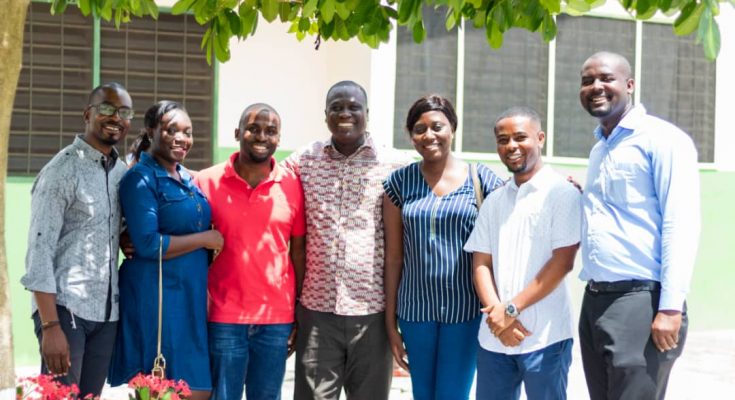 The 2001 year group of St. Bernadette Soubirous School, Dansoman on Monday, 28th October, 2019 handed over a completed CCTV Project to their alma mater. The estimated cost of the project is Twenty Thousand Cedis (GH¢20,000.00).

This comprises fourteen (14) CCTV cameras which were installed at vantage points on the school compound and one LED monitor.

Charles Mark Odoi, who spoke on behalf of the group, said the donation is an initiative to contribute towards the development of the school and to acknowledge the role basic education plays in the training of future leaders. This is also to encourage other year groups to take up projects that will inure to the benefit of the school.

He expressed gratitude to the Headmistress, her deputies and other teachers present for their commitment to providing holistic education to pupils of the school. He further stated that a good number of the 2001 year group are well placed in society because of the solid education and training they received from the school.

The Headmistress, Mrs. Ernestina Britwum on her part expressed her deepest appreciation to the year group for the bold initiative. Surveillance and Monitoring on and around the school compound was one of the most important needs of the school. She was particularly excited when the 2001 year group decided to make this a reality. She assured the group of the school’s continuous support and encouraged other year groups to follow in the steps of 2001 year group.

A group photograph was taken with the school administrators, some teachers and representatives of the 2001 year group after the brief ceremony.