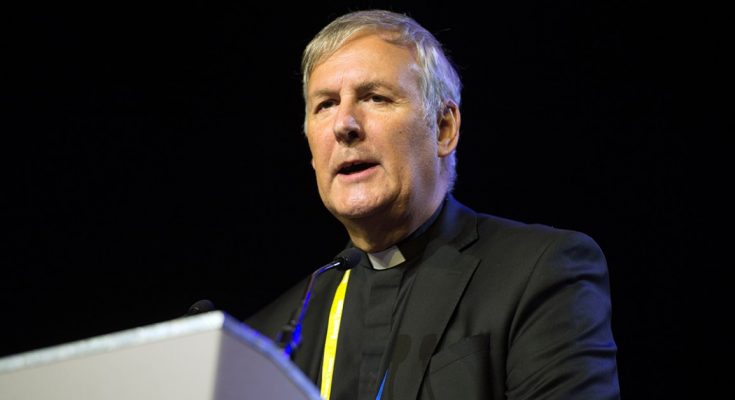 The Diocese of Northampton in England will hold an Episcopal Ordination for Bishop elect, Canon David Oakley on Thursday March 19, 2020 in the absence of a defined congregation for the first time.

On Monday March 16, the UK government amidst the coronavirus pandemic spelt out some necessary restrictions on travel and social interactions which directly affected the Episcopal Ordination of the Bishop elect which was scheduled for  Monday March 16, 2020.

Church authorities in the Northampton Diocese say the Ordination will happen “in a liturgy without congregation that will be streamed live from our Cathedral in Northampton”.

David James Oakley was born on 28 November 1955 in Stourbridge. He is the eldest of five children to Joyce and Fred Oakley.

The family moved to Birmingham when David was seven years old. After school, he worked in a well-known department store and entered Oscott in September 1974.

Fr Oakley was ordained a priest on 5 July 1980 and has served in several parishes within the Archdiocese of Birmingham. He has always suggested that the parish is his natural habitat.

Fr Oakley studied Catechetics at the Maryvale Institute and was awarded an MEd degree. He was appointed Pastoral Director and Procurator at Oscott in 1994. During this time he researched a PhD. thesis in Pastoral Theology, which was later published.

As Parish Priest at Maryvale, Fr Oakley directed the Diocesan Department for Parish and Family Catechesis, developing resources in collaboration with CaFE. At the same time, he undertook licentiate studies at the Pontifical University of St Patrick’s, Maynooth and was awarded the STL degree. Since February 2013, he has served as the twenty-third Rector of Oscott.