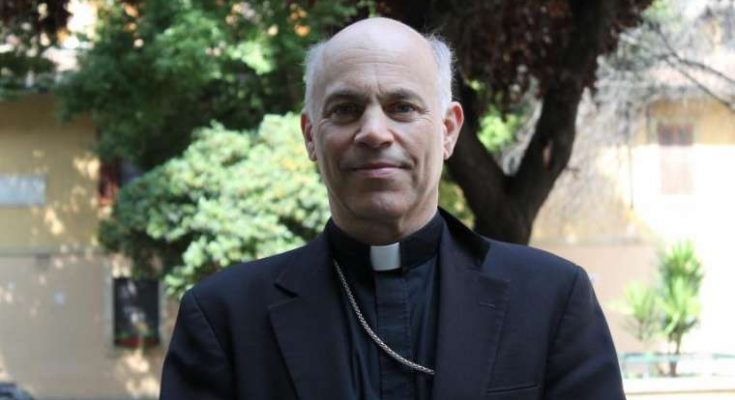 The Archbishop of San Francisco on Thursday responded to the Speaker of the House accusing pro-life Trump voters of being sellouts.

In a Jan. 18 podcast with former senator and presidential candidate Hillary Clinton, House Speaker Nancy Pelosi (D-Calif.) said that support of pro-life voters for former President Donald Trump was an issue that “gives me great grief as a Catholic.”

“I think that Donald Trump is president because of the issue of a woman’s right to choose,” she said of abortion, implying that pro-life voters boosted Trump to victory in 2016. She added that these voters “were willing to sell the whole democracy down the river for that one issue.”

On Thursday, Pelosi’s archbishop responded to her comments on abortion and voting.

“No Catholic in good conscience can favor abortion,” said Archbishop Salvatore Cordileone of San Francisco, Pelosi’s home diocese, in a statement issued on Thursday. “Our land is soaked with the blood of the innocent, and it must stop.”

Pelosi has long supported abortion despite her Catholic faith. In 2008, she said on NBC’s “Meet the Press” regarding when life begins, “over the centuries, the doctors of the church have not been able to make that definition.” She said that her Catholic faith “shouldn’t have an impact on a woman’s right to choose.”

On Thursday, Archbishop Cordileone clarified that “Nancy Pelosi does not speak for the Catholic Church.”

“And on the question of the equal dignity of human life in the womb, she [Pelosi] also speaks in direct contradiction to a fundamental human right that Catholic teaching has consistently championed for 2,000 years,” Cordileone said.

The archbishop added that Pelosi’s use of the phrase “right to choose” in reference to abortion “is a smokescreen for perpetuating an entire industry that profits from one of the most heinous evils imaginable.”

Pelosi signaled in August that she intends to bring up spending bills in 2021 that do not include the Hyde Amendment—thus allowing for taxpayer-funded abortions in Medicaid. It is unclear if Democrats would have the votes in both chambers of Congress to ultimately repeal Hyde.

Cordileone, in his statement on Thursday, said he would “not presume” why individuals voted for Trump. “There are many issues of very grave moral consequence that Catholics must weigh in good conscience when they vote,” he said.

Cordileone also supported Archbishop Jose Gomez—the president of the U.S. bishops’ conference—who issued a statement of prayer and congratulations to new President Joe Biden, and who noted areas of agreement and disagreement between Biden and bishops.

Gomez, in his statement upon Biden’s inauguration, reiterated that ending abortion is the “preeminent priority” of the conference due to its threat to families and the sheer number of abortion victims.

The language on abortion received opposition from within the conference, including by Cardinal Blasé Cupich of Chicago who issued a scathing statement of criticism of Gomez’s words, CNA reported.

Cordileone on Thursday thanked Gomez for restating the conference’s priority and added that just because abortion is a “preeminent” concern does not mean it is the “only” concern of the conference.

“In his inaugural speech yesterday, President Biden gave a moving call to unity and healing,” Cordileone said, and added that Pelosi’s accusations against pro-lifers were “not the language of unity and healing. She owes these voters an apology.”

“Christians have always understood that the commandment, ‘Thou shall not kill,’ applies to all life, including life in the womb,” Cordileone said. “Pope Francis continues this unbroken teaching.”