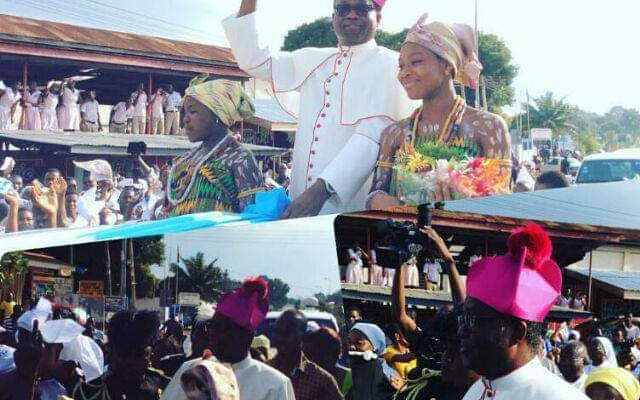 Most Rev. Emmanuel Fianu is four years a Bishop today

Exactly four years ago today, both the young and old chanted songs of praise and joy at the Jubilee park in Ho as they witnessed the Episcopal Ordination and Installation of Most Rev. Emmanuel Kofi Fianu SVD as Bishop of the Diocese of Ho.

He was ordained the second Bishop of the Diocese of Ho by His Eminence Peter Cardinal Appiah Turkson. He was appointed  Bishop of Ho in 2015 succeeding Most Rev. Francis Anani Kofi Lodonu.

Until his appointment as Bishop, then Rev. Fr Fianu was the Secretary-General of the Council of the Divine Word Fathers (SVD) in Rome.

On the occasion of his fourth anniversary as a Bishop, Angelus News throws back some memories of his thanksgiving Mass which took place at the Sacred Heart Cathedral in Ho.

Just when the procession entered the Sacred Heart Cathedral, heavens opened and rain from heaven poured.

As if that was not enough, a goat entered the Cathedral exhibiting its dancing skills. Onlookers began to scream and others chased it away.

Born on June 14, 1957, young Emmanuel, after his secondary education, entered the St Victor’s Major Seminary in Tamale in 1976 for his philosophical and theological formation until 1979 when he entered the SVD Noviate at Nkwatia Kwahu.

He was ordained priest on July 14, 1985, at the Holy Spirit Cathedral, Accra, by the late Most Rev. Dominic Andoh.

Between 1994 and 1996 he was the Admonitor of the SVD District in Lome, professor of Biblical Studies at St Jean Paul II Seminaire and at the Institut St Paul in Lome, and Secretary of the Commission for the liturgical publications Ghana-Togo.

He also served as the Rector of the College of the Divine Word in Rome from 2000-2004 as well as serving as Secretary of the General Council of his congregation from 2006. 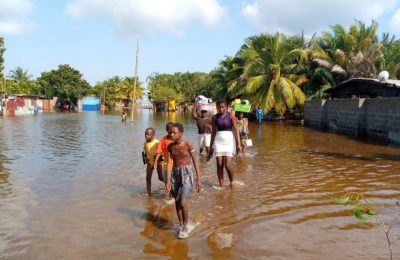