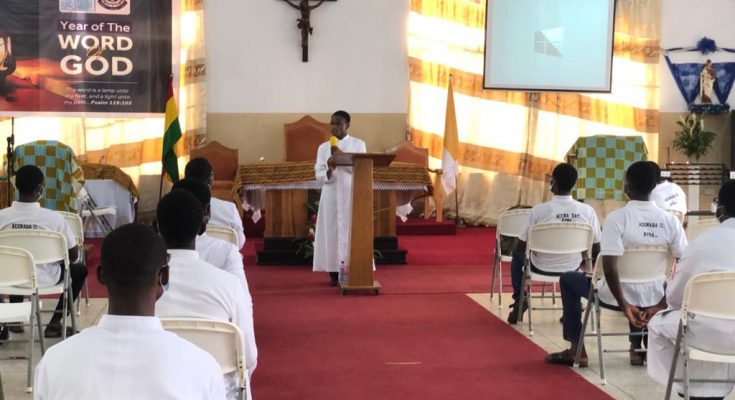 Moral Discernment is key in your formation – Seminarians Advised

Rev. Fr. David Amakyi has drawn the attention of seminarians to the crucial role of moral discernment in their Priestly formation.

Addressing seminarians of the Archdiocese of Accra during their ongoing formation program at the Youth Center, Lashibi, the formator from St. Peter’s Regional Seminary in Pedu – Cape Coast, described moral discernment as the process of distinguishing right from error, truth from falsehood, aimed at helping one to make the right decisions to arrive at holiness. This is crucial for all persons, he said, but especially for the seminarian who will eventually become a priest of the Holy Roman Catholic Church: holiness is impossible without moral discernment.

He was quick to draw the attention of participants at the seminar to the fact that the Bible and “Christian Traditions” do not always and expressly state what is right or wrong hence the need for one to discern “morally” to know what ought to be done and what ought not to be done. 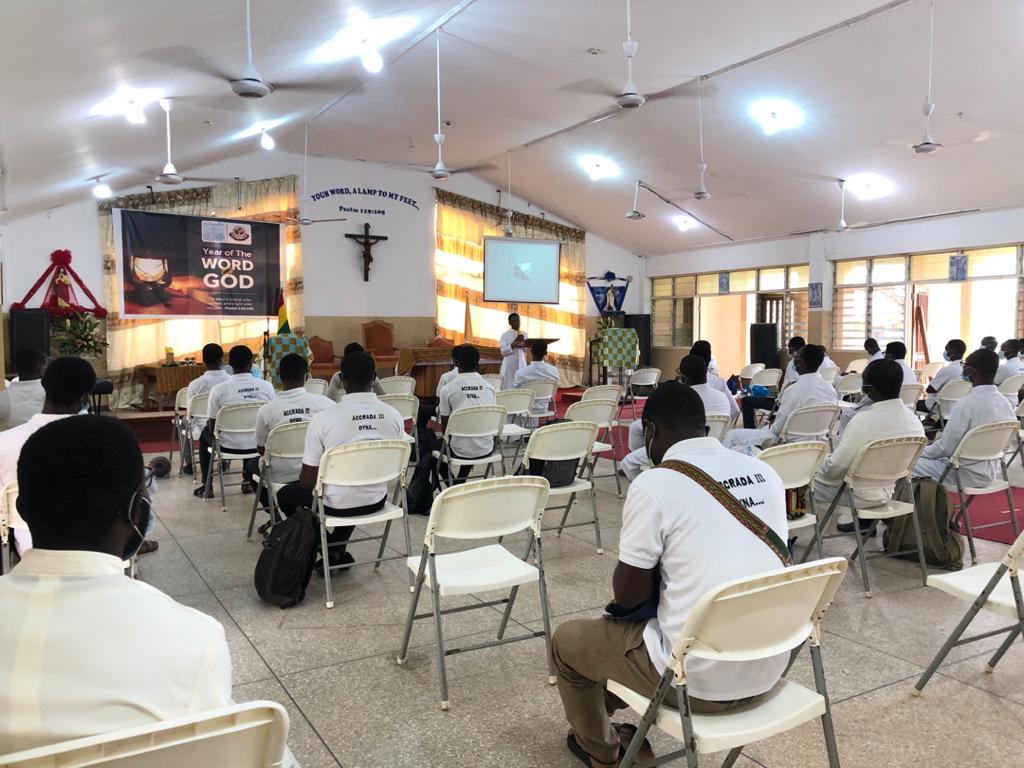 Touching on the factors to bear in mind when taking a moral decision, Fr. Amakyi pointed out three things. The first thing to consider is rightness and goodness – that a good person can perform an evil act, and a bad person can perform a good act, hence the need to critically examine the act to be committed or that has been committed. The next thing to consider is exhortation and argumentation, and finally, its source and validity.

Fr. Amakyi wrapped up the session by touching on some obstacles in discernment. Some of the obstacles are external constraints, internal obstacles and things we cannot overcome such as accidents. Due to these obstacles, we may not have full or adequate information for proper discernment.

After the presentation by Fr Amakyi, the seminarians sat in groups to discuss pertinent questions based on the topic. Reports were then presented to the whole house by each group.