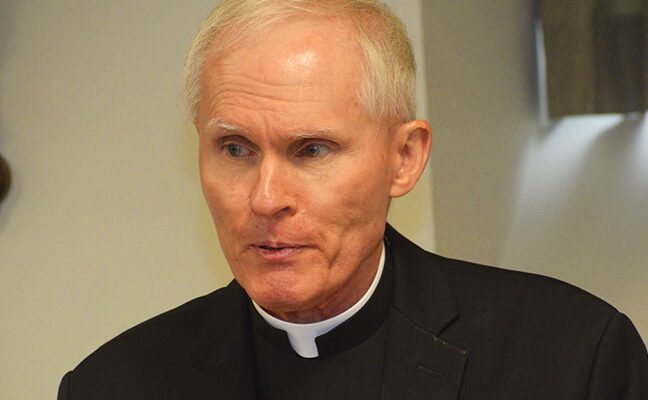 The Holy Father, Pope Francis on Wednesday 23rd July 2019 has appointed S.E. Mons. Mark E. Brennan Bishop of the Diocese of Wheeling-Charleston, U.S.A., so far The Titular Bishop of Rusubisir and Auxiliary of Baltimore.

S.E. Mons. Mark Edward Brennan was born on February 6, 1947 in Boston, Massachusetts, Archdiocese of the same name. He attended Saint Anthony’s High School in Washington, D.C. He has a Baccalaureate from Brown University in Providence, Rhode Island (1969).

He  attended Christ the King Seminary in Albany, New York (1969-1970) and the Pontifical College American Of the North in Rome where he received the Baccalaureate (1972) and the Master in Arts (1974) in Theology at the Pontifical Gregorian University. Subsequently, he dedicated himself to Hispanics Immersion Studies in the Dominican Republic (1985-1986).

He was ordained a priest for the Archdiocese of Washington on May 15, 1976.
After ordination, he held the following duties: Parish Vicar of Our Lady of Mercy Parish in Potomac (1976-1981), Saint Pius X Parish in Bowie (1981-1985) and Saint Bartholomew Parish in Bethesda (1986-1988); Pastoral Ministry to the Hispanic community of Saint Bartholomew Parish in Bethesda (1988-1989); Director of priestly vocations and priestly programs for the Archdiocese of Washington (1988-1998); Parish administrator Our Lady’s Parish at Medley’s Neck (1990) and St Andrew Kim Parish in Olney (1990); Parish priest of St Thomas the Apostle Parish in Bethesda (1998-2003) and Saint Martin of Tours
Parish in Gaithersburg (2003-2017).

In 2005 he was appointed Chaplain of His Holiness. Appointed Bishop of Rusubisir and Auxiliary of Baltimore on December 5, 2016, and January 19, 2017 respectively. As an auxiliary, he served in the Eastern Vicar office of three counties and accompanied Hispanic communities in the Archdiocese.

Share this
TAGBishop Radio Angelus Vatican News
Previous PostEditorial: From a father to his beloved young people - Pt.1 Next PostRev. Fr. Shane Mackinlay as New Bishop of the Diocese of Sandhurst, Australia