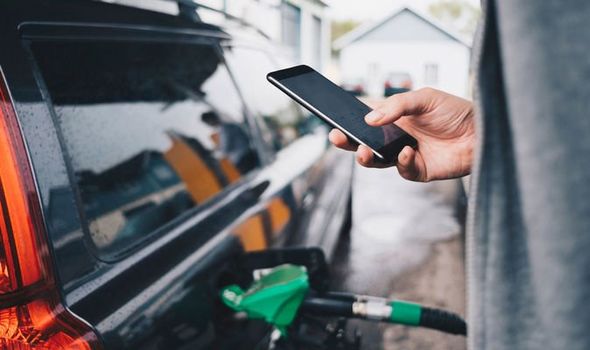 Mobile Phone of Passengers could Cause Fire at Fuel Stations – Asst. Director of GFS

The Assistant Director in charge of safety at the headquarters of Ghana Fire Service (GFS), Divisional Officer Grade 1 Michael Ato Korsah has cautioned public transport drivers against visiting fuel stations with passengers on board in the Christmas season and beyond. He said the practice has the potential of causing fire.

According to the fire officer, the mobile phones of passengers on board the vehicle at the fuel station could emit radiation to react with flammable vapours emanating from the highly volatile fuel to start a fire. He added that passengers should switch off or avoid using their phones at the fuel station.

He made the point to emphasise that mobile phones are not designed and certified for use in explosive atmospheres. It is against this background that he advised drivers to fill their tank before going to the bus terminal for passengers.

He also entreated workers at gas filling stations to adhere to laid down procedures for dislodging gas at the filling station. As part of the procedure, tanker drivers are required to stop the engines of the vehicles and allow them to cool down before dislodging the gas.

The Assistant Director directed a recommendation to market women stating that they should bring food from home instead of cooking in the market. Again, all shop owners are to ensure that all electrical gadgets and appliances are switched off and disconnected from all electricity sources before leaving the shop.

Speaking to Emmanuel Kumatse in an interview on the Morning Express show on Radio Angelus December 16, 2020, the Assistant Director advised Ghanaians to adhere to standard fire safety protocols during the Christmas season especially because we are drawing closer to the dry season and there would be a lot of activities involving the use of fire and electricity.

In the spate of one month Ghana has already witnessed four fire incidents the latest occurring at the Kantamanto in the Central Business District of Accra. This happened less than 24hours after fire destroyed eight (8) shops in the Business District of Koforidua. The other two incidents include those involving the pedestrian mall at the Kwame Circle and the Ghana Commercial Bank branch near Kantamanto in Accra.

The fire officer, identified illegal connections, overloading of electrical cables, careless handling of electrical appliances and the use of substandard electrical materials as major causes of fire incidents at market places, homes and offices.

On the issue of the extent of damage caused by fire, the fire officer said that community wardens have been trained and are still being trained to offer first aid services whenever there is an incidence of fire. According to him such people are selected from offices, markets and other locations within the communities.