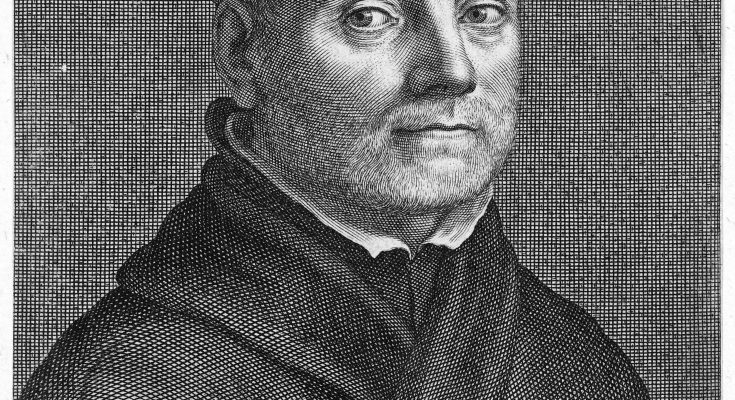 Meet the Jesuit Cardinal who invented the megaphone, magnetic clock

Blessed as the Church is, with hundreds of millions of highly intelligent men and women over the course of the last two millennia, it’s admittedly difficult to keep track of them all.

Among the greatest contributors to modern science, Catholic and otherwise, have been the Jesuits. But one Jesuit shines out from them all ― German scholar and polymath, Cardinal Athanasius Kircher.

For almost the entirety of his professional and professed life, Kircher was one of the greatest scientific minds in the world. It’s hard even now to find his equal — not only in his depth of scientific and historical understanding, but also its breadth of knowledge and professional experience.

Dedicated as he was to empiricism, Fr. Kircher wrote extensively about his scientific experiments and eagerly synthesized and incorporated into his own research the findings of nearly 800 scientists and physicians with whom he was in correspondence.

He was the first scientist to financially support his research through the sale of his books. In fact, he wrote 40 major works in the fields in biology, physics, mathematics, acoustics, music therapy, engineering, biological anthropology, cultural anthropology, comparative religion, theology, history, Egyptology, Sinology (i.e., the study of China), linguistics, geology and medicine. He is known as the “Master of a Hundred Arts.”

He was one of the first people to observe microbes through a newly-invented microscope upon which led him to expound Germ Theory ― the idea that malaria and the plague (i.e., the Black Death) was caused by an infectious microorganism rather than “bad air” or heat, or dampness or a misalignment of the stars. In fact, he even recommended hygienic means to prevent diseases, including isolation, quarantine, burning the infected person’s clothing and wearing facemasks.

Among his inventions, Fr. Kircher also created a magnetic clock, the megaphone and several automatons. One particularly odd machine he cobbled together was a device he called Arca Musarithmica―an aleatoric music composition device that was capable of creating millions of church hymns by combining randomly selected musical phrases. It was based on Bl. Ramon Llull’s first computing device created two centuries earlier.

He had several run-ins with Protestants who wanted him dead simply because of his membership in the Catholic Church, but martyrdom eluded him. He also begged his superior to allow him to evangelize in China but the missionary’s life was also denied him.