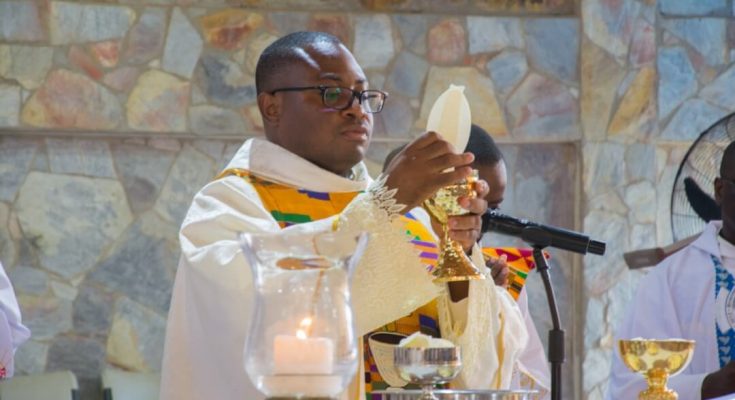 Meet the 1st SMA priest of the Ghana province

Rev.Fr. Paschal Ayi Guddah SMA, ordained a priest on Saturday July 20, 2019 by the Metropolitan Archbishop of Accra, Most Rev. John Bonaventure Kwofie  at the Queen of Peace Catholic Church, Madina, Accra, has become the first SMA priest for the Ghana province.

The former Ghana region, headed by Very Rev. Fr. James Owusu Yeboah  was elevated to the status of  a province at the 21st General Assembly of the  Society of African Missions in Rome. 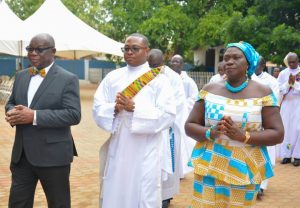 The assembly which also saw the election of new leaders  in April this year, gives the former Ghana region the authority to direct its own affairs.

The ordination of Fr. Guddah, is a historic event because, He becomes the first to be ordained for the Ghana province of the SMA and also the first ordination by Most Rev. John Bonaventure Kwofie  since taking canonical possession of the Archdiocese  of Accra. 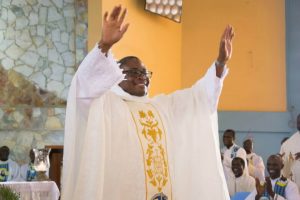 The Society of African Missions usually hold a general assembly every six years. It allows us to reflect on the orientations taken and the fidelity to the congregation’s commitment and charism. It is also the time for the election of a new council around a new superior general.

Diaconate Ordination: 12th May, 2018 at Mary Mother of God Catholic Church, Embulbul (Diocese of Ngong) by Most. Rev. Joseph Obanyi Sagwe (Bishop of Kakamega) in Kenya. 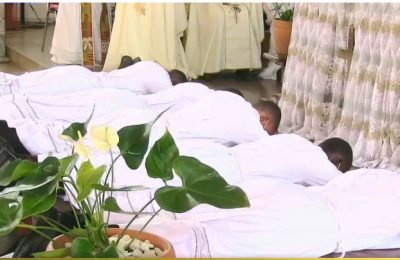 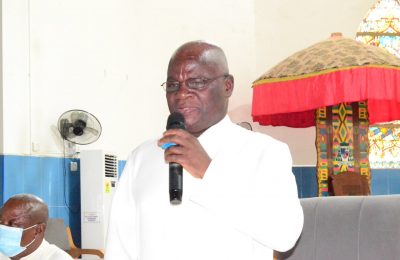