At Welfare Empowerment Mobility (WEM) located in Ghana’s Archdiocese of Accra, young people from impoverished backgrounds who spent years of their childhood on the streets in the West African nation, toiling to make a living away from school, have found a new home.

Residing at this center is Daniel Lomotey who frequented Mandela market in the Greater Accra Region, helping his uncle to push a truck for a living after he quit schooling.

Daniel was 10 when he dropped out of school to help fend for his family. His life, however, changed in 2014 when he met Sr. Anthonia Orji of the Daughters of Sacred Passion (DSP) who plucked children from heavy work on the streets and allowed them to attend school.

“I was schooling but I stopped at the age of 10 due to the financial difficulties of my parents. This led me to help my uncle in truck pushing in the market until Rays of Hope found me,” Daniel told ACI Africa correspondent, referring to WEM’s mother organization, where the Nigerian-born nun does her apostolate.

He added, “I was sent to the First Contact Place at Ashaiman for a while before coming to the WEM Centre at Ayikuma.” Rays of Hope Centre came into existence as an NGO in Ghana in 2009, through the vision of Fr. Konrad Lienhard from the Oblates de St. Francis de Sales, Germany. It has two centers: The Welfare, Empowerment Mobility at Ayikuma of which Sr. Anthonia is the Centre Manager and Education Officer and the First Contact Place at Ashaiman, both in the Catholic Archdiocese of Accra.

In total, the Rays of Hope has 59 children with 23 at the WEM center and 36 at First Contact Place.

18-year old Daniel says that coming to Rays of Hope WEM Centre to meet Sr. Antonia was the best thing in his life, as the nun had not only taken him to school but had instilled in him life skills.

“Through her guidance and support, I am now a final year Junior High student at the St. Peter’s Catholic School in Ayikuma. Apart from that, I have acquired the skills in sewing and barbering through training at WEM,” said Daniel.

Daniel’s story of transformation can be shared by 16-year-old Samuel Ganyo from Takoradi as well as 22 other young people at the center. “I have learnt a lot like farming and barbering of hair as an additional skill to my schooling and I advise all vulnerable children who have the opportunity like me to make good use of it,” said Samuel.

Before being rescued and taken to the center, Samuel helped his mother to sell sugar cane in the Ashaiman market.

The center does not isolate in terms of the religious background when extending help to the vulnerable children. Though a Muslim, Salamatu Abubakar could not hide her love for Catholicism through the guide of Sr. Anthonia, whom she said is her mentor and mother.

“I picked polythene on the streets for my dad to sell in the Ashaiman market to earn a living. But thanks to Rays of Hope, I now live a life of dignity,” she told ACI Africa correspondent, and added, “Through the skills training and way of life at the center, I can pray the rosary and other Catholic prayers very well even though I am a Muslim.”

The provision in the 1992 Constitution of Ghana on the rights of children, led the Government to create the Ministry of Manpower, Youth and Employment, Ministry of Women and Children’s Affairs, Department of Children, Social Welfare, and Special Police Unit for Child Protection.

Additionally, Ghana has passed its own laws on child labor. This includes the Children’s Act of 1998 and the Labor Act of 2003, both legislations addressing child labor in detail. The Children’s Act bans all exploitative labor and echoes the 1992 Constitution’s prohibition by defining this type of labor as that which denies a child of health, education or development. She said that with the outbreak of COVID-19, the children ranging between the ages of 7 and 15 in residence at the WEM Center have been placed in various homes.

All the children, she said, were schooling at the St. Peter’s Catholic School.

“For the fear of the spread of the coronavirus at the WEM Center, 20 out of the 23 children have been placed in various homes of volunteer families and they are monitored daily by our re-integration staff,” Sr. Anthonia told ACI Africa correspondent.

The responsibility of the center, she said, was the provision of sanitizers and face masks while families that volunteered to take in the former street children were feeding them. “We believe that what God has created and bound together should not be separated. The connection to one’s family is the most valuable foundation for becoming a successful and responsible member of society. Therefore, we are convinced of putting all our effort, patience and love into the reintegration process of our beneficiaries,” she said.

The main aim of the center is to trace the parents and extended families of the children from day one, the Nigerian-born nun says, adding that a lot of effort goes into establishing a frequent contact between the street survivors and their families.

According to her, Christians have been endowed with the ability to perceive, appreciate and understand the situation of the vulnerable person, identify their needs, design needed services and facilitate the provision of requisite intervention to bring relief to them.

She appealed to parents and opinion leaders to jointly take steps to curb drug abuse, sexual promiscuity, teenage pregnancies, armed robbery, occultism, and cyber fraud among the youth, especially those on the streets.

Sr. Anthonia who joined Rays of Hope in 2015 explained that the First Contact Place serves as the center’s first meeting point with the vulnerable children on the streets, including those weighed down by work to fend for their families. “We search the streets of Ashaiman, Tema, Accra and its environs from the First Contact Place. Every year, we search for street children in the major cities in Greater Accra and those who are willing to be supported with their families sign a contract for onward enrollment every September,” she told ACI Africa correspondent.

The new recruits are prepared for school life by being engaged in intensive one-year pre-school classes.

“The children who were once on the streets and not schooling will have to be prepared to enhance their reintegration into school life,” the nun said, and added, “This demands patience, energy and love.”

She further said, “In Pre-School classes, we focus to improve their oral, literary and arithmetic skills through a structured curriculum and the later stage of their development in Pre-classes, other subject areas are introduced.”

Currently, there are 36 children at the collection center who are being prepared for school life. The collection point, in extreme cases, serves as a temporary shelter for beneficiaries, whose relatives or parents have not yet been located.

The Nigerian nun explained that at the collection center, the beneficiaries come on daily basis to be taught Mathematics, English and other subjects by the pre-school class teachers and the volunteers. “They are also educated on personal hygiene, social, religious and moral skills through classes and special programs,” she added, and revealed that the children have a joint morning devotion after their morning chores before they go into their classes for lessons.

The classes, she said, are divided into three levels to meet the child’s individual academic needs as they undertake five hours of classes per day.

When they complete the one-year pre-class, they are enrolled into basic school after they have met the criteria including punctuality and discipline, ability to read and write, to calculate simple arithmetic, personal hygiene like bathing, washing, and neatness in dress, Sr. Anthonia said.

In order to ensure effective integration into school life, she said, the children are admitted into mission (Catholic) schools because “we believe the environment and as well as the Christian routine will help grow their moral and religious values,” said Sr. Anthonia. As part of its humanitarian activities, Rays of Hope sponsors the former vulnerable children from the basic to the tertiary level of education in terms of shelter, food, accommodation and school fees.

The member of the Daughters of Sacred Passion further said that passion to restore dignity among young people who have made mistakes in life inspires her apostolate.

“The work at Rays of Hope for me is not just work but rather it is a ministry and a call. Ordinarily, when you look at it with human eyes, you might not want anything to do with it,” she said, and added, “It is all about a call from God and a passion to make an impact in the young people’s lives and to help them correct wrong things they have done in life.”

“It also involves selfless love because u go out of your way to help young people. I enjoy doing it and working with them,” she testified. 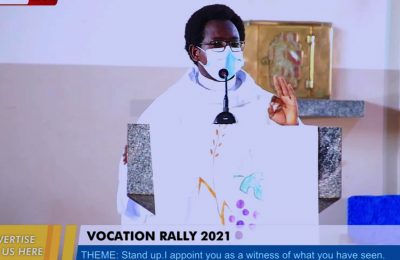 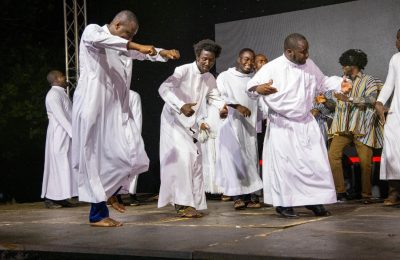