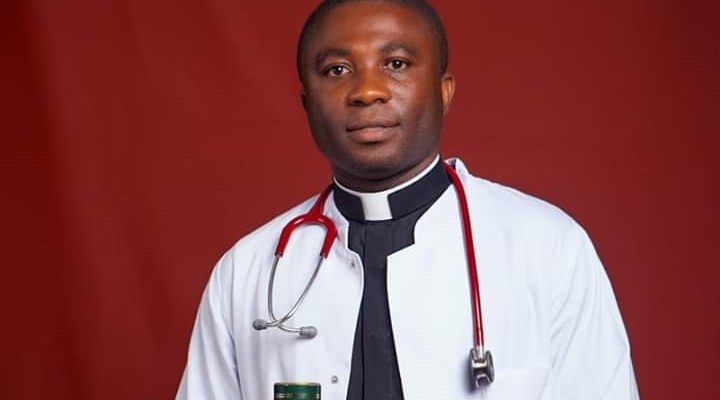 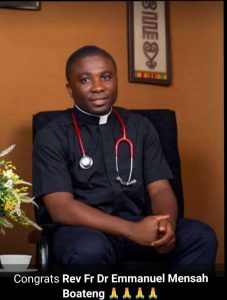 The priest started his medical professional journey in 2012 after the Bishop notified him to embark on the journey of fulfilling his “childhood dream” of becoming a medical doctor. 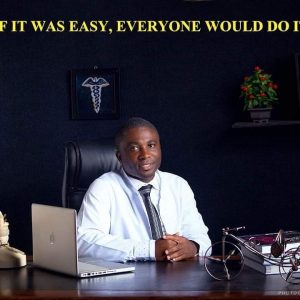 Fr. Boateng explains that, he had forgone the dream of becoming a medical doctor to choose the path to Priesthood, but “God chose his path for him”. 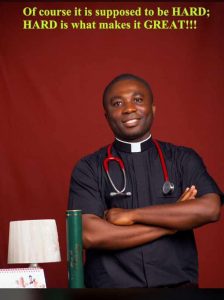 On his part, the journey to becoming a medical doctor has been quite “challenging from first year to sixth year. There’s so much to learn, so much to do. People see you as their role model as a priest and as a student”.

The Journey so far……

From my earliest days I read about the fourteenth century twin saints Cosmas and Damian who transformed and mirrored the appearance of contemporary doctors, which in turn reflected the professionalization of medicine and the role of the saints as patrons of medicine and pharmacy. As both physicians and priests, they reputedly never accepted payment for their services, and were referred to as anargyroi (Greek for “without silver”).

I was motivated by their lives right from my younger days and I dreamt of becoming both a priest and a medical doctor even though I had no idea how that was going to happen. But with a sense of purpose, determination and self-discipline coupled with prayers of people of goodwill, here I am today on the verge ofbeing both a priest and a medical doctor.

I was born on 22nd January 1984 and attended T. I Ahmadiyya JHS in Kumasi. After my successful BECE exams even though I had admission to proceed to Opoku Ware School to read Science, I declined the offer of admission and decided to rather attend St. Hubert Seminary because I wanted to be a priest. As fate may have it, after a year at St. Hubert Seminary I was asked by the then Archbishop Peter Sarpong (emeritus) through my rector Msgr. Stephen Osei-Duah to go to Opoku Ware School to study Science. I became both a Student at St. Hubert and also at Opoku Ware thus as of the proverbial saying goes, I used one stone to kill two birds.

After successfully completing my science programme at Opoku Ware School, even though I had the opportunity to read medicine at the time, I again rejected the offer and proceeded to St. Paul’s Major Seminary at Sowutuom– Accra for my philosophical studies and subsequently to St. Peter’s Major Seminary for my theological studies. In effect with the priesthood as priority on my scale of preference, I sacrificed the medicine programme and I choose the priesthood with the expect spiritual guidance of my then rector Msgr. Osei-Duah, who once told me and I quote “Emmanuel, if you really want to be a priest, be single-minded”, this saying has kept my faith high until now.

In 2014, to my amazement I was asked by my Archbishop Most Rev. Justice Gabriel Yaw Anokye to proceed to KNUST medical School to read medicine. I called it all joy because I knew soon my childhood dream of becoming a priest and a medical doctorcould be realized. Indeed, medical school has been a wonderful experience with all the ups and downs, sleepless nights of reading, trying to get to class early before the lecture comes, the Pathology, Anatomy, Pharmacology, Biochemistry, Surgery, Internal Medicine and Therapeutics, the theatre session experiences, the ward rounds and the presentation of cases at the wards etc.

Today, I rejoice in the legends of Cosmas and Damian, patron Saints of Medicine and Pharmacy. Their deeds and selfless motivation serve as reminders of my commitment to the best interests of the Church, my patients, and to a sense of charitywith all those in need, the sick and the less privileged. All I can say is, we only have one life and we want to know that the life that we lead will make a difference and will have a profoundly positive effect on others’ lives.  We want our lives to be lived with a purpose. The life of a priest and the life of a medical doctor are such a lives. 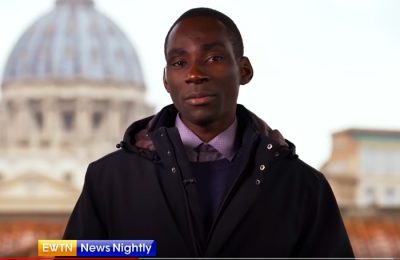 The Catholic Church in Ghana