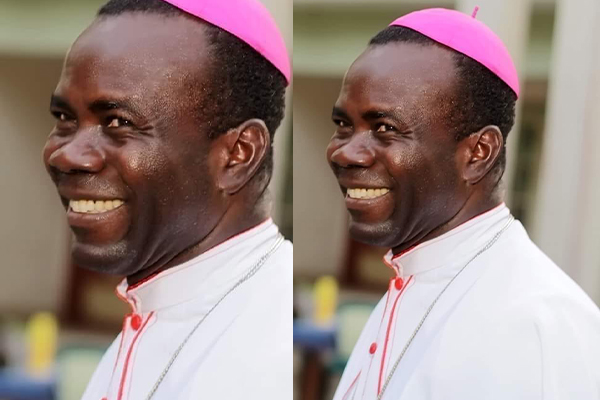 The Auxiliary Bishop of the Catholic Archdiocese of Owerri, Bishop Moses Chikwe, along with some other kidnapped victims have been rescued without ransom in Imo State.

Police spokesman in Imo State, Orlando Ikeokwu, confirmed this on Friday, January 1, 2021. He said the Bishop was rescued in a sting operation by men of the Imo State Police Command.

In an official letter signed by the Archbishop of Owerri, Most Rev. J. V. Obinna, he noted that Bishop Moses Chikwe, and his driver Mr. Ndubuisi Robert were released at about 10:00PM on the first day of January, 2021.

He further wrote, “I personally visited and saw Bishop Chikwe in his residence at about 10:45PM, looking and feeling very weak from the traumatic experience… At the time of my visit, Mr Ndubuisi Robert, the driver, was unavailable because he had been speedily taken to the hospital for a deep cut he received on his hand from the kidnappers.”

The Archbishop then thanked God Almighty for his goodness, the men and women of the Imo State Police Command, and the Anambra State Government for their combined efforts in the release of Bishop Moses Chikwe.

We are indeed grateful to God, to the Church Hierarchy, and all men and women of goodwill for their fervent prayers.

There’s no better news to begin the Year than this.