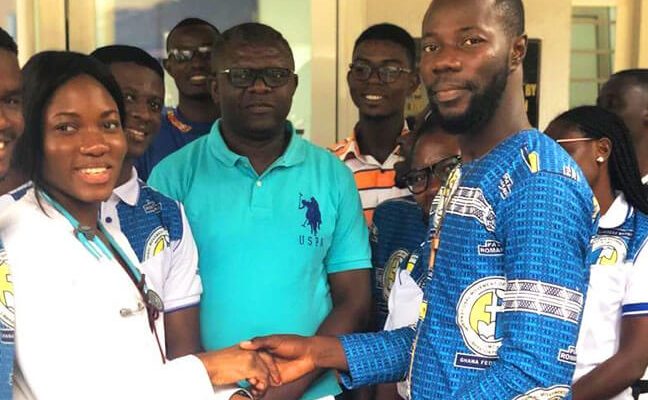 The International Movement of Catholic Students (IMCS) Pax Romana, Ghana Federation has made a donation to the Pediatric Intensive Care Unit of the Komfo Anokye Teaching Hospital. The donation was made through the Little Steps Foundation which is located on the premises of the hospital. The donation was part of activities that were undertaken during the 2019 National Consultative Meeting which was held at Adom Fie, Kumasi, Ashanti Region. Items donated to the Unit included toiletries and assorted drinks and biscuits.

Also, an undisclosed amount of money was donated to the Unit through the Foundation. Presenting the items, National President of the International Movement of Catholic Students (IMCS) Pax Romana, Ghana Federation, Samuel Paul Gyamfi, mentioned that the donation was aimed at putting smiles on the faces of the children.He added that it was necessary that they donated to the children as God had made a responsibility of the church.

“I’m very happy seeing students take up the initiative to donate to their little brothers and sisters here. May God bless them and help them in their academics and everything they set their minds to do,” one parent said.