Home Ghana News How to Become a Part of Jesus’ Family 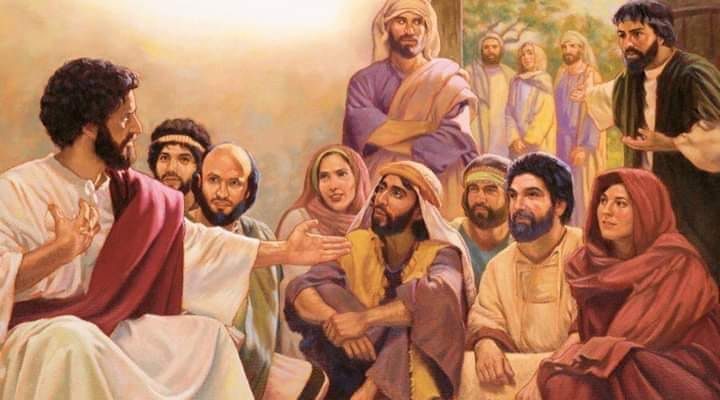 How to Become a Part of Jesus’ Family

The Roman Catholic Church teaches that Jesus Christ, the second Person of the Most Holy Trinity, is the only Son of the Blessed Virgin Mary.

This means that apart from Jesus Christ, it will be erroneous for someone to assume that Mary had another child(ren).

This belief of the Church seems to contradict an aspect of today’s Gospel (Luke 8:19-21).

1. Jesus is speaking to the people & then His MOTHER & BROTHERS come to the scene. For Jesus’ mother, we have no challenge because we know it is Mary.

The issue here has got to do with His BROTHERS. Who are they? What are their names?

The question still remains: Who are the BROTHERS of Jesus? The answer to the equation is very simple.

Jesus Christ as a Jew, spoke Hebrew & Aramaic. In these Semitic languages, there is no definite word for COUSIN. This means that my female cousin is my SISTER & my male cousin is my BROTHER.

•In Genesis 13:8, Lot is called Abram’s brother when he is actually Abram’s nephew.

•In Genesis 29:15, Laban calls Jacob his brother, when Jacob is his nephew.

•In Luke 22:32, Jesus tells Peter to strengthen his brothers. In this case, Jesus uses the term to refer to other Apostles & not his biological brothers.

From the above, it is evident that the Roman Catholic Church is not deceiving us. The BROTHERS of Jesus in this context are not His biological siblings, but COUSINS.

If they were Jesus’ biological siblings, why didn’t He entrust Mary to them when He was dying on the cross, but to John?

Had they died by then? Were they alive, but had some problems with their brother (Jesus)? If they were biological brothers of Jesus, then they should be children of Mary & or Joseph.

If this is the case, why does the Holy Bible not just give us a name to unsettle our doubts?

2. Why did the relations of Jesus interrupt Him in His discourse with the people? Could they not have waited for Jesus to finish whatever He was doing before engaging Him?

Couldn’t Jesus’ own relation even join in whatever matter Jesus was discussing with the people? If Jesus had left the peole to attend to His relations, the peole would have felt bad. Jesus came not for His own, but all.

The point is this: if you have an influential relation, give him or her some level of “space” inasmuch as you express concern for the person.

3. Jesus’s response of is not indicative of His disregard for His relations. As God, Jesus submitted to His parents & He couldn’t have disrespected them. Jesus further invites us to be part of His family by doing the Father’s will.

4. Lastly, the crowd must be commended for spending time with Jesus. They left behind everything & came to Jesus. Were they obliged to be with Jesus? No! Could they had abandoned Jesus? Yes! Let’s spend some time with Jesus.

• Be attentive to Jesus.

• Do what Jesus tells you.