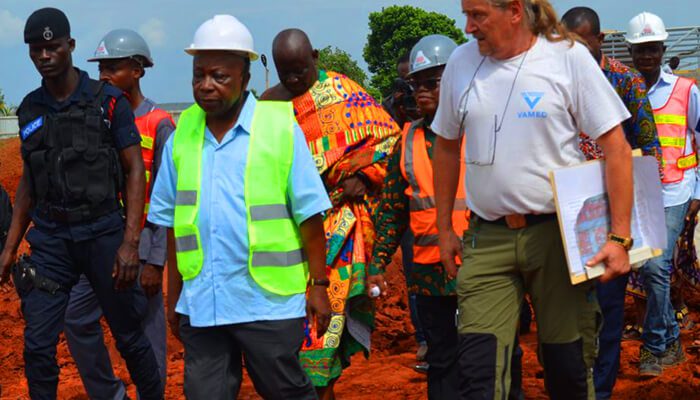 The Minister for Health, Hon. Kwaku Agyeman-Manu, has begun a three-day working visit to the Volta Region.

The purpose of his visit was to inspect ongoing and old projects. He would also meet and motivate staff of agencies under his Ministry.

The Minister’s first port of call was Weta, where he inspected a 60-bed district hospital under construction.

The facility, which has an administration block, male and female wards, maternity and children’s block, a pharmacy and staff bungalows among others, is part of a five hospital project and a polyclinic with funding from Austria.

Addressing a section of the workers and traditional rulers of the area, the Health Minister underlined the importance of the project, which he said would reduce distances inhabitants travel to access health care services.

He was optimistic that health indicators would improve in the nation when such facilities are distributed in all districts, adding “there is no need to rush the sick or emergency cases at Weta to Sogakope when this facility is operational”.

He tasked the contactor, Messrs. VAMED engineering to ensure they strictly adhere to the specifications in the contract agreement.

Work on the Weta District Hospital commenced in 2017 and it is about 50 percent complete. The project is expected to be completed in September, 2020. 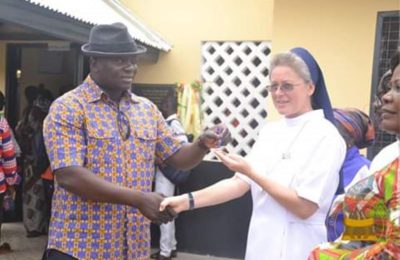