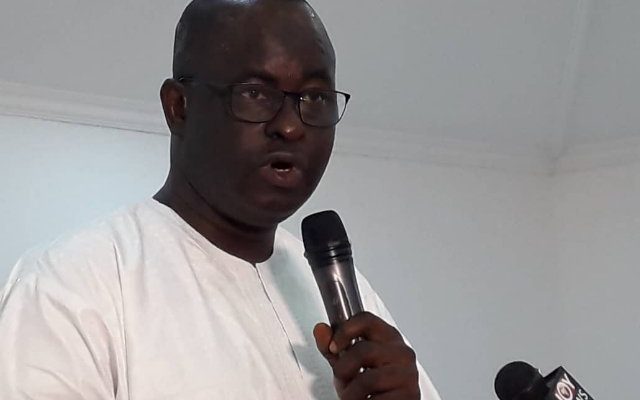 The Government of Ghana has commended the Wa Diocese of the Holy Roman Catholic Church for setting up the WA School for the deaf. The Vice President of the Republic of Ghana made the commendation in a speech read on his behalf by the Upper West Regional Minister, Dr.Hafiz Bin Salih.

Gracing the occasion were the Bishop of the Catholic Diocese of Wa who was represented by the Vicar General, other prominent persons in the region including Traditional rulers, Government Officials among others.

Therefore, reading the speech on behalf of the Guest of Honour of the anniversary celebration H.E. Dr. Alhaji Mahamudu Bawumia, the Regional Minister showered praises on the Catholic Church for establishing the school to provide special education for persons with hearing disability.

In the speech he said “Let me use the occasion to commend the Catholic diocese of Wa for the support over the years, for the establishment of the Wa school of the deaf. Your complementary effort has contributed to the success of the school”

The Minister also commended the management of the school for their dedication and hard work. He urged them to continue despite the challenges involved. He recounted some of the support the Government of Ghana had provided to the school including a recently constructed dining hall and the construction of a health post. These projects he mentioned were meant to complement the existing infrastructure.

He further mentioned the intention of Government to support the school to introduce vocational and technical skills training into the school programmes.

Finally, he said attention would be given to the school’s appeal for MMDAs in the region to channel a portion of the assembly’s disability fund to special schools in the region.

The Wa school for the deaf was set up in 1969. The school is located along the Wa- Kumasi road and is directly opposite the Wa Senior High School. It serves as the only school in the Upper West Region which admits students who are hearing impaired.

The numerical strength of the school currently stands at 267 students with 157 boys and 110 girls. The 50th anniversary which was held in the school premises was held under the theme “The Impact Of Deaf Education In The Upper West Region: Successes And Challenges”. All speakers highlighted the challenges and successes the school has made over the past 50 years.

Apart from the successes of the school in training highly skilled human resource for the country, key challenges mentioned included poor infrastructure, poor lighting system in the school, inadequate teaching and non teaching staff among others. .

Other activities carried out during the celebration was a fundraising exercise to construct a block to serve as a centre for vocational skills training in the school. The centre is expected to cost GHC186,000.00 . They therefore appealed to the public and all well-meaning persons to support the school.