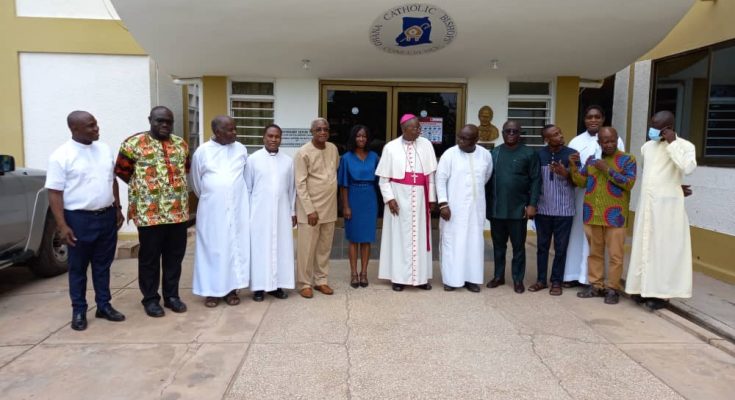 The Metropolitan Archbishop of Tamale and President of the Ghana Catholic Bishops’ Conference, Most Rev. Philip Naameh has inaugurated a 7-Member Executive Council of the Implementation Committee of the National Catholic TV Project at a short ceremony at the National Catholic Secretariat in Accra on June 14.

The Executive Council is chaired by Ing. Dr. Kenneth Ashigbey, CEO of the Ghana Chamber of Telecommunications and Oheneyere Naa Kwarley Oteng-Boadu as Vice Chairperson.

In his admonition to the leadership of the Implementation Committee of the TV Project after taking their oath of office, Archbishop Naameh tasked the team to work hard to achieve the objectives of the Project.

‘You have been chosen as technical leads to support the Ghana Catholic Bishops’ Conference to set up this National Catholic Television Network to inform, educate, entertain and transform our society through this Catholic Medium, he added.

He called on his Brother Bishops to prayerfully support the Implementation Committee and open the doors for their devoted faithful to support this initiative whose vision must be achieved in the next two to three years.

The Chairman of the Executive Council, Ing. Dr. Ashigbey, who spoke on behalf of the team, thanked the Catholic Bishops for the missionary task given him and his team and assured the Bishops that his team would work hard to be accountable during their stewardship.

He said, the Catholic Church do not only need a National TV Station but a complete Multimedia Channel set up to stand the test of time with outstanding content, resources and eye balls across the country and beyond.

“The ownership and implementation of the project must reflect a National one in order to actively involve all key stakeholders including all the Dioceses in Ghana providing rich content and resources,” he stated, saying “this will be our transformational vehicle to achieve our missionary duty of evangelisation in Ghana.”

The National Catholic TV Project has a holistic mission is to deliver fascinating television programmes and content that informs, entertains, evangelises and educates our targets including the international audience.

The vision of the TV channel is to be accepted as a stellar, evangelistic, entertaining, and authentic TV channel with international appeal. 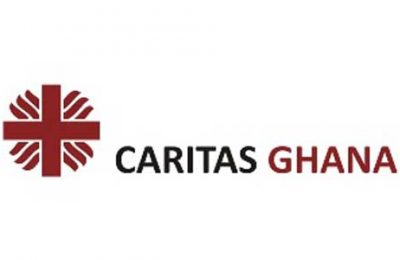 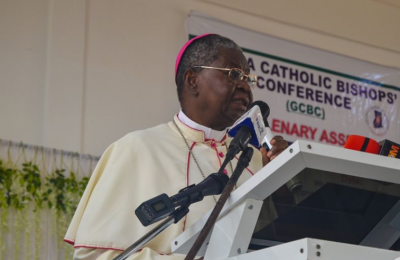