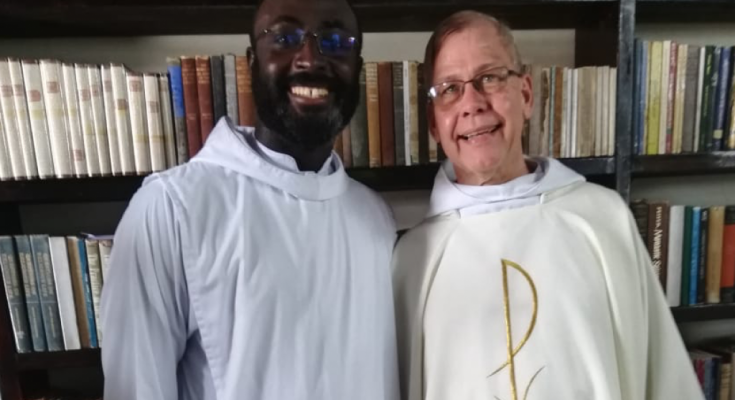 Born November 10, 1983, Br Antony was born in the Eastern Region of Ghana, West Africa. He completed his basic, secondary and tertiary education in various regions in his homeland.

Br Antony shared he had always felt “attracted” to the priesthood as a young boy. He however said he was “ignorant” to the fact that there were differences between the diocesan priesthood and religious life, and the “many charisms”.

In his “quest” to know more, a friend explained the differences. These differences increased his zeal to embrace monastic life most, with their communal way of living, contemplation, and prayer life.

Br Antony said that he has always enjoyed being a monk though it comes with its own challenges. His first challenge was leaving his family and comfort zone where he lived with both parents (his father died in 2013) and siblings.

His first visit to the Kristo Buase monastery in Ghana was in 2005. There were only five monks there and Br Antony was the youngest.

He did his novitiate formation in Kristo Buase and his juniorate in four abbeys in the United Kingdom. Br Antony was also given the opportunity to start his priestly studies in 2014 at the Spiritan University at Kumasi, Ghana.

He began with Philosophy for three years at that university, residing in the African community of the missionaries. He then pursued a three-year BA in Theology at The University of the West Indies, St Augustine campus while residing at the Mt St Benedict monastery. God willing, he says, he hopes to complete his theological studies sometime in 2020.

Br Antony added that Abbot John Pereira and the monks of the Mount have been very helpful and supportive.

“And not forgetting the loving people of Trinidad and Tobago,” he said. – KJ

Share this
TAGMonk Trinidad and Tobago
Previous PostEditorial: Damian Avevor; the unsung Catholic Journalist of substance Next Post(Opinion) It is insensitive to ask married people when they will give birth 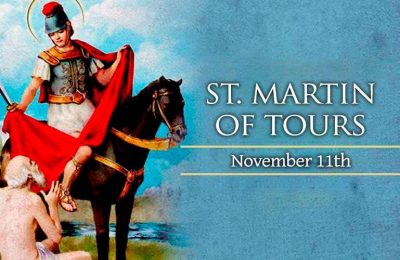 Saint of the day: St. Martin of Tours