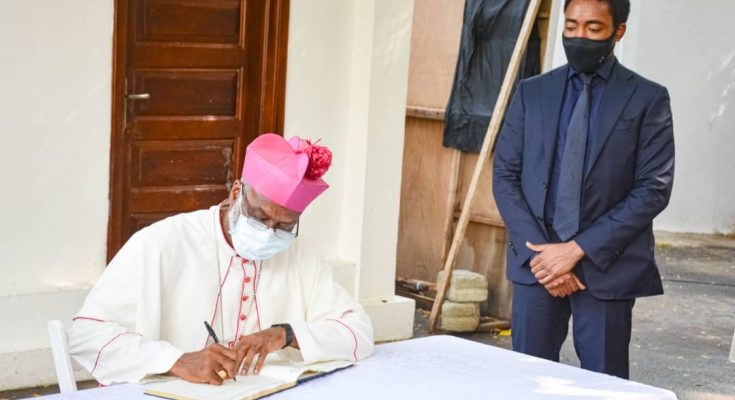 GCBC signs the book of condolence of Jerry John Rawlings.

Representatives of the Ghana Catholic Bishops’ Conference, GCBC, have offered their condolence to the family of the late Flt. Lt. Jerry John Rawlings at his Ridge residence.

Leader of the delegation, Most Rev. Gabriel Charles Palmer Buckle, signed the book of condolence as a sign of respect, and to commiserate with the widow and family of the late president on behalf of all the Bishops and the entire Catholic community in Ghana.

According to His Grace, the Bishops received the news of the demise of Jerry John Rawlings with shock at Adutor in the Volta Region where they were having their Annual Plenary Assembly. He assured the family of prayers for the repose of the soul of ex-president Rawlings and for the family he left behind. 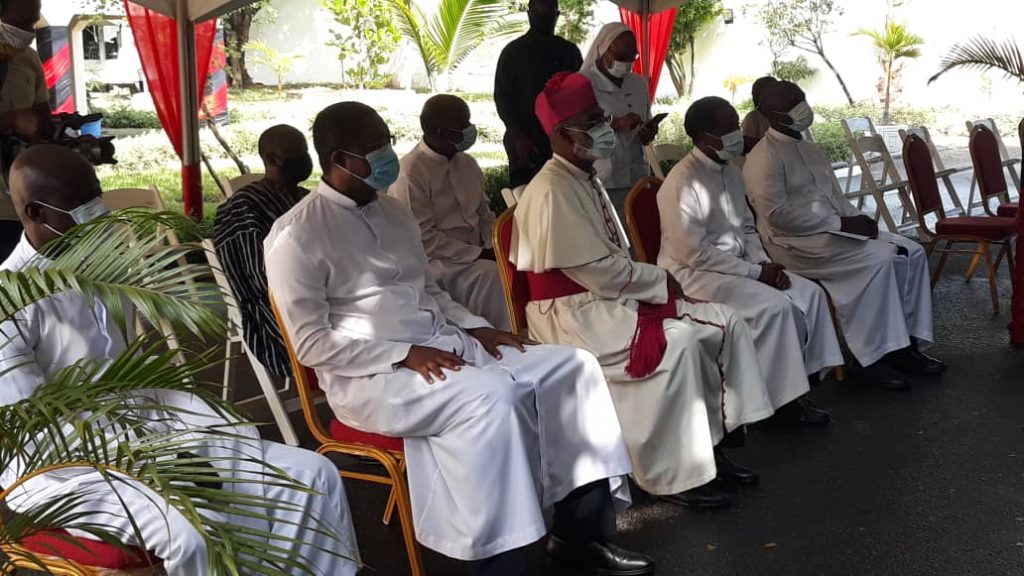 The delegation was received on behalf of the bereaved family through former president of the ECOWAS Commission, Ambassador Victor Gbeho. Mr. Gbeho, appreciated the delegation for their presence noting that they were encouraged by the visit.

The death of the late Flt. Lt. Jerry John Rawlings occurred on Thursday, November 12, 2020 at the Korle Bu Teaching Hospital, Accra, after a short illness.

Mr. Rawlings is remembered for his selfless and charismatic leadership driven by the principles of probity, accountability and transparency. He was also regarded as the defender of the poor and the needy within and outside the borders of Ghana.