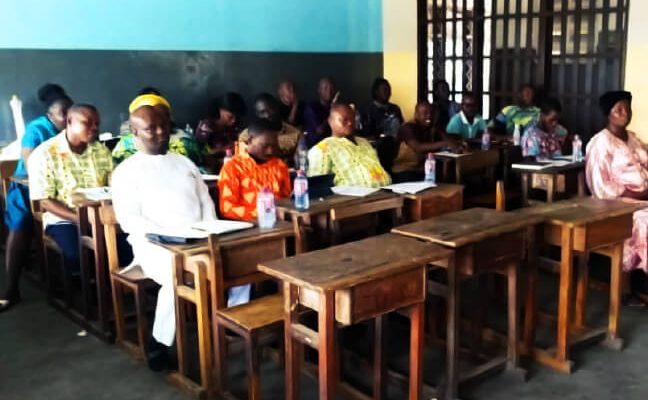 The French Community of Catholics in the Archdiocese of Accra under the auspices Codjo Fabrice, outgoing president on Sunday November 10, 2019 elected a new executive body to oversee the affairs of the body in the next two years.

Speaking to Radio Angelus in an interview Codjo Fabrice Fifonsi, outgoing president for the community explained that, the elections are conducted on two years basis two to bring out the ritualistic aspect of the group and allow members select leaders and to hold them accountable for their performance in office and “they are going to work in hand with the new president to make the work the God of better”.

CACCFA was founded in 2015 under the patronage of the Catholic Archdiocese of Accra and the chaplaincy of Rev Fr Nicholas Dzikunu to bring the French community in Ghana together to offer support with defined standing orders to deepen the catholic faith.

In 2016, the then Archbishop of Accra, Most Rev Charlse Gabriel Palmer-Buckle inaugurated the first executive body to man the affairs of the group.