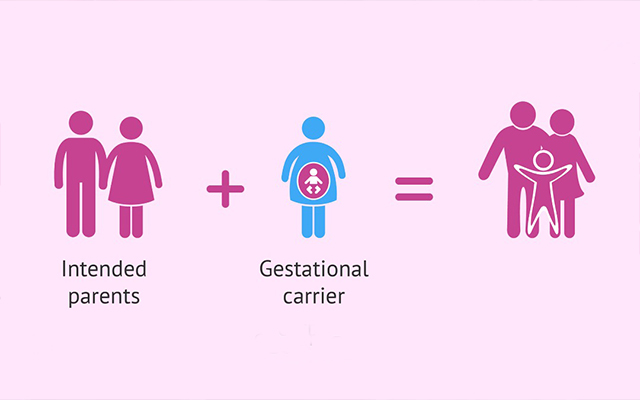 These included doctors, nurses, social workers and two mothers. On citi fm, one of the hosts brought up the issue of surrogacy and the fact that it was present in Ghana and suggested without claiming as a fact that, perhaps this could be a process of surrogacy. It is difficult to see it as such but it brought about the topic of surrogacy. Fortunately or unfortunately (depending on your belief system) the laws on surrogacy in Ghana is not too clear.

Without delving into the news that has made headlines these couple of days, I believe that the conversation of surrogacy must begin. My interest of course would be on the angle of the Christian faith and what it has to say about surrogacy.

WHAT IS SURROGACY
The word comes from Latin surrogare which means to elect as a substitute. In this sense a woman elects another woman to carry pregnancy for her (as a substitute mother).

This can happen in many ways: e.g. the sperm of the man can be used to fertilize the egg of the woman outside the womb and subsequently placed in the womb of a third party who would carry the child.

SCRIPTURE AND SURROGACY
There are two examples, I would like to cite, that are related directly to surrogacy in scripture. First, we have Sarah who asked that her servant Hagar sleeps with her husband in order to bear a son for her. Culturally this was accepted and lawful, so that at the birth of the child which happens on the laps of the woman who cannot give birth, in this case Sarah, the child lawfully becomes hers (cf. Genesis 16: 1-16).

The other example is found in the story of Jacob, Rachel and Leah (cf. Genesis 30:1-24). When Rachel could no longer give birth, out of jealousy she resulted to surrogacy. Interestingly, in both stories these women seem to be forcing God’s hand to bring a child into the marriage. In the case of Abraham, Sarah might have thought that since God is taking time in fulfilling his promise perhaps, they could try their own way.

In the case of Rachel, Leah and Jacob, it became a competition for who can legally have more children and so when both of them could not have children, they enjoined on their husband to go in for their servants.

CHURCH TEACHING
The Catechism of the Catholic Church (2376) teaches that “Techniques that entail the dissociation of husband and wife, by the intrusion of a person other than the couple (donation of sperm or ovum, surrogate uterus), are gravely immoral. These techniques (heterologous artificial insemination and fertilization) infringe the child’s right to be born of a father and mother known to him and bound to each other by marriage. They betray the spouses’ “right to become a father and a mother only through each other.”

I believe strongly that this concept of surrogacy is a new form of “slavery” where the body of a person is used as a container and discarded once it is of no use to us. It ignores the natural bond that is established between a mother and a child for 9 months.

A Christian cannot believe as the world would want us to believe that a woman has the right to do with her body as she wishes. Well, the breaking news for a Christian woman is this: “Do you not know that your bodies are temples of the Holy Spirit, who is in you, whom you have received from God? You are not your own; you were bought at a price. Therefore, honor God with your bodies” (1 Cor. 6: 19-20).