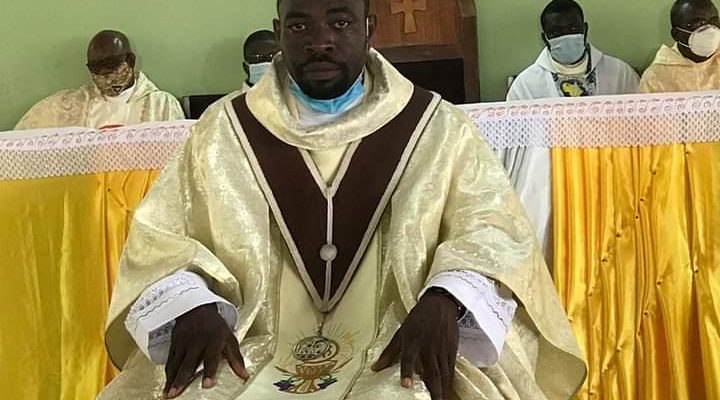 Rev. Fr. Paschal Deo-angyi, SMA has celebrated his thanksgiving mass in Kaleo in the Wa Diocese of Ghana.

The mass attracted many people who joined him to thank God for the gift of the priesthood.

Others were Rev. Fr. Matthias Mornah, Fr. Fidelis, and many seminarians.

Delivering the homily during the thanksgiving mass, Fr. Matthias Mornah dwelled on the gospel reading of the day. He indicated the gift of the Priesthood was a privilege and should not be taken for granted.

Fr. Deo-angyi was encouraged to be of service to the people of God.

Being a missionary, he was further encouraged to be an ambassador of the Wa Diocese and Ghana at large.

Fr. Mornah, called on the people of God to support priests, particularly the newly ordained priests.

Rev. Denis Senyo Etti on his part thanked the family and parents for giving out their son to the SMA family. He encouraged Fr Paschal to endeavour and put the spirit of SMA into where ever he will be sent. He encouraged other young people during the mass to join the SMA.

Presentations of gifts were given by family friends, old students, etc. There was fundraising to support him in the ministry.

Fr. Paschal is a native of Zang in the Kaleo parish. He completed St. Francis Xavier Minor Seminary, before joining the SMA.

Share this
Previous PostBishop Joseph to Ordain 3 Deacons for Sek-Tadi Diocese Next PostSaint of the day: St. Pio of Pietrelcina ( Padre Pio )