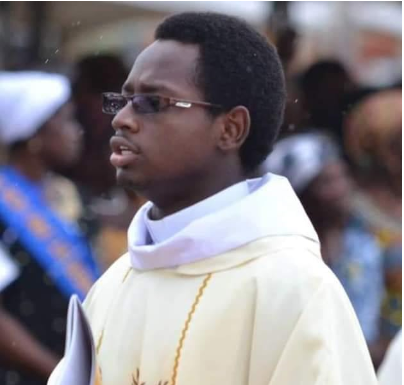 In both formal and informal education we have had structures that educate our children on sexuality. Sexual education obviously even in our tradition goes beyond sex. Issues of hygiene, gender (being a male or female), puberty rites that helps a person understand his or her body and place in society has always been an integral part of our informal and formal education.

It is even most important in these times when there is great confusion on what it means to be a male and female. God created the human race, male and female (as he created them in his image). Pope John Paul II’s theology of the body, calls our attention to the need for us to understand who were are as sexual beings. Sexuality is connected to God’s intention on man to be a social being.

Unfortunately we often limit sexuality to genitality (or having sex). I believe the cry of Ghanaians on the comprehensive sexuality education has to do with what it’s content would be, the source of such programme and a certain subtle LGBT agenda that is being pushed, fronted by some international NGOs.

The first worry is on the detail content  of the document. The most important thing for all of us to know is for us to be aware of content. When we e.g say that at an early age children would be taught what we believe: what is the content of what we believe. Does it depend on the teacher?

When the document suggest that young people are to receive education on unwanted pregnancy and abortion what do we mean? Are we going to teach them about abortion as a positive value or a negative value. Remember abortion is killing an innocent child. No one can convince me that a child in a womb is a bundle of tissues: Tell that to a woman who is looking forward to having a child.

This morning I had the privilege of listening to Archbishop Naameh on Fox fm stating emphatically that  the education minister seem to have deceived them when he informed them that some international NGOs are trying to push an agenda and that they are not ready to give in to them. Only for us to see this document with Planned Parenthood as one of the NGOs behind this program.

The document cites certain agencies and other documents that must get us worried. First is Planned Parenthood: it seems that in Ghana we have decided to ignore the activities of planned parenthood who are noted for their advocacy for pro choice (abortion) instead of pro life. This we must fight against.

The Ghanaian culture and our Christian values promotes life and is contrary  to abortion and the culture of death that is prevalent in some European countries. Planned Parenthood is also noted for their advocacy of the LGBT agenda. The second is a document on “the protocol on the rights of women in Africa” which also stresses the right of a woman to abort. This is worrying.

Considering the content of this CSE run by UNFPA in other countries,  we should be worried. To state that there is no connection to such content would not only be exposing our ignorance of how certain agendas are pushed down the throats of particularly developing countries but would also expose our nativity.

Today to even say that homosexuality is wrong in Europe is to be tagged as homophobic.  How did they get there? It is enough to consider the programmes and contents offered by these international organizations in order to reject what they are offering.

People  are worried about the LGBT agenda because of those who are partnering with us in our education.  We know some of them to be in favour of this agenda and we would be very naive if we think that they would sponsor us without putting pressure on us at a certain point to promote their agenda.

For me it’s easy to promote your agenda if you make one dependent on you and then later start dictating to the person. What we need is a clear content that teaches our children that such agenda is wrong and against our culture, faith and life.