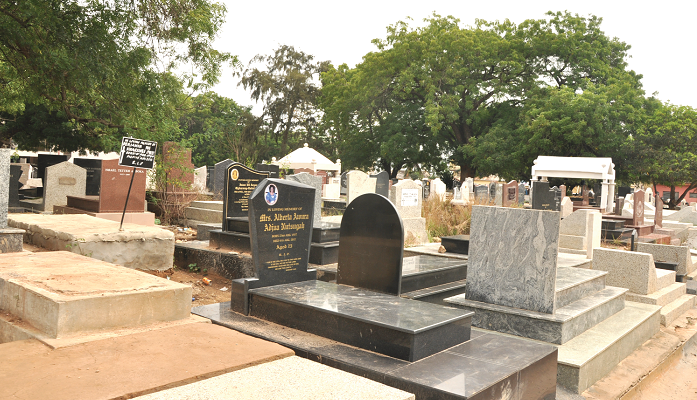 Fr. Emmanuel Salifu writes: In memory of the Dead

“But I do not want you to be ignorant, brethren, concerning those who have fallen asleep, lest you sorrow as others who have no hope” (1 Thessalonians 4: 13). The roman catacombs (places of burial) which date as far back as the 3rd century AD testify to the fact that believers kept the memory of their loved ones in virtue and in hope of the resurrection of the body on the last judgment.

St. Paul understood perfectly that the church which is the body of Christ is not made up of only those who are alive here on earth but also those who have died. Paul states “For I am certain of this: neither death nor life, nor angels, nor principalities, nothing already in existence and nothing still to come, nor any power, nor any heights nor depths, nor created thing whatever, will be able to come between us and the love of God, known to us in Christ Jesus our Lord” (Romans 8:37-39).

The statement of Paul goes to affirm the words of Christ in the Gospel of John (11: 26): “Anyone who believes in me even though that person, will, and whoever lives and believes in me will never die.”

The first reason why we pray for the dead has its basis in the infinite mercy of God which goes beyond death, for if the mercy of Christ can reach out to the dead Lazarus then we know that the mercy of God is boundless. Again, to confirm that his mercy reaches to the deepest and darkest of places of which death is an epitome, Christ descended into hell to free all souls of the righteous.

Therefore, the mercy of God which goes beyond death is not only attested to by the resurrection miracles that Jesus worked but also his descent into hades to free the souls of the righteous. Thus, we cannot suddenly think that at the death of a Christian he is no more in Christ or that we cannot be mindful that such a person is (not was) a part of the body of Christ. The only means by which a person separates himself from Christ is to live a dissipated life that neither recognizes our neighbor or our God (Rich man and Lazarus).

It seems scandalous to some when the body of a Christian is brought to church after his death. Perhaps the reason for such an objection is because secretly people still have a certain Platonic separation of a person into body and soul; where the body is considered as prison for the soul.

Thus, with death the soul is set free and the body becomes a “thing” to be done away with. This is a great error in Christian thinking. To think this way is to deny and despise the incarnation: the fact that God became flesh and dwelt among us with a human body (cf. John 1:14).

First, if all that God created is good then one cannot despise the body as it is also God’s creation. Secondly, we must understand that Jesus rose from the dead taking back his body which still had the wounds of cross (an assurance that it is the same Christ- body, soul and divinity- that has risen) Cf. John 20:24-29. To understand our faith in the resurrection of the body as we profess in our creed, we must also understand that Jesus ascended into heaven with his marked body.

All these help us to appreciate the fact that what makes us humans and children of God is not just our souls, but our souls united with our bodies. For this reason, the second coming of Christ would seek to unite all the dead with their individual souls. We cannot despise what in Paul’s words would be the seed for our glorified bodies- for the seed itself is also a gift of God (Cf. 1 Cor 15: 12-14, 35-58; Phil 3:21).

Let’s consider a prayer used during burial mass. As the saying goes: one’s prayer reveals his faith (Lex orandi, lex credenda). Let us, therefore, reflect over the faith that composed this prayer: “In him the hope of the blessed resurrection has dawned, that those saddened by the certainty of dying might be consoled by the promise of immortality to come.

Indeed, for your faithful life is changed not ended, and when this earthly dwelling turns to dust, an eternal dwelling is made ready for them in heaven.” (Roman missal)

So, we are not ignorant of the dead. Our faith gives us confidence that they rest in Christ- for even death cannot separate us from the loving mercy of God and since we are all built up in the body of Christ, in a mysterious way, we are all connected in Christ. 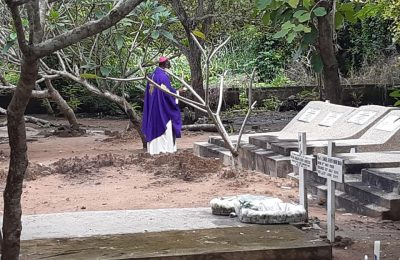