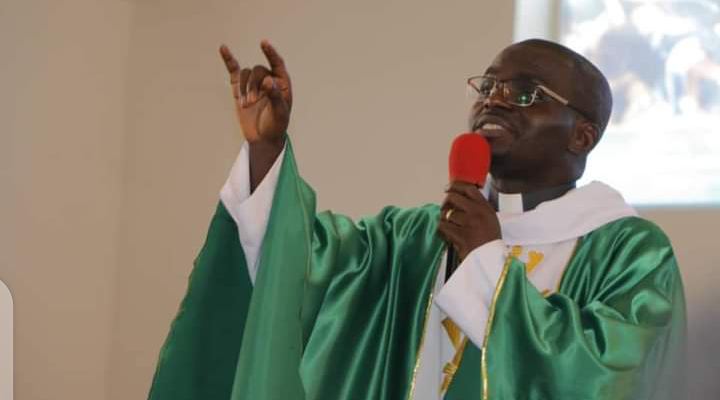 In recent weeks a lot has happened in relation to this year’s WASSCE: the many acts of indiscipline shown forth by both students taking the exam and those we have entrusted them to care for on our behalf. It is really scary how things have turned out these past few days.

It really saddens my heart how all this came to be within the blink of an eye. Who is to be blamed? All of us have contributed in one way or the other by our silence when we could have spoken against such things. Some also did but dirtied it with biased partisan politics, hence this act not getting to the authorities.

Yet still, others kept quiet claiming not to be informed of the happenings and allowed mischief to play a greater role in order to satisfy our political financiers abroad.

Today, we are all alarmed by the unacceptable behavior put up by the very people whose SHS education was catered for by the tax payers’ money. It saddens my heart to see the thank you being extended to all of us by some of these young lads.

I believe that we have come to where we are simply because, we keep changing people in order to please our people who pushed for us to be where we are now. If every government continues to change people upon ascending to political office, our vision and goal as a country would remain at a zero rate.

Why are we so interested in finding jobs for the “boys and girls” at all costs? I have come to believe that we do not need to be changing people in our institutions and allowing policy implementation by governments upon ascending political office truncating that which is already there. It’s obvious that any biased and myopic political party policies are largely to blame for what we see today in our life as a people.

We have allowed for politics to blind us such that we seem not to see the good in anything other people do or say. Today, to be able to “make” sense, you must talk along the lines of one of the major political parties in Ghana.

I cannot think about a single thing we do as Ghanaians which is devoid of political undertone. It is time we rise up to the occasion as a people and tell our politicians we have had enough of their self-centredness and begin to think along a holistic approach to building our institutions and country at large.

I am of the fine opinion that we do not need to change people whenever there is a new administration of governance. What needs to be done, is to empower the system and make it independent of those who manage it. Where the system cannot be influenced by those placed there by their political superiors.

I have been wondering how much has been achieved by the change of the SHS system from running from 3 years to 4 years and its apparent reversal. Is that not a waste of human intelligence and resources at large? Must we be doing all this just to appease our followers because we promised we would do so?

Today, we are all up condemning the recent happenings in some of our schools across the country. I join in condemning this unacceptable act of insubordination towards government and the disrespect shown towards the very institutions that have accepted to groom these students for the task ahead. All those who find themselves in this shameful act, should bury their faces in the palms of their hands shamefully. The people and government of Ghana, their families inclusive deserve better from them and not what they have served us with.

I seek not to point particular fingers at any group of people, but as I have said already, we are all to blame for this shameful act. When you play with our educational system, you do so at your own peril, and the end result will always expose you.

The free SHS policy by government is a policy which intends to give the Ghanaian child the best of education. However, where, we got it wrong was the promotion of wholesale promotional education.

Thus, admitting every Ghanaian child of school going age into SHS whether they qualified or not. This I think was to pacify the gods of our campaign. We goofed big time in not looking at quality but quantity. It is never the size of what we put into something that matters but the quality of what is being put in, and what that quality will churn out as an end product. Spoilt cocoa beans can never produce good and tasty chocolate.

Plato says that education is the process of leading people from darkness into light. The question that keeps coming to me over these few days is: what is education without character? In fact, we cannot claim to be educated when we have no character formation.

It must be noted that education must always redefine and make one a better person. It becomes irrelevant when its goal is not aimed at character formation. We have ourselves to blame for taking out Religious and Moral Education.

A people whose mindset is geared towards depriving its next generation of learning about God and what good morals are, become the beneficiaries of what they inculcate into others.

Many of our politicians have become who they are because of the sound education they received at the hands of the teachers in most of our missionary schools. They talk about their school days with nostalgia but do not see the need to restore discipline by bringing back the study of Religion and Morals to help shape the need generation into something better.

It is a fact that a proper formation of the human conscience is a product of education, it gives value for all to see. Again, if you toy with our educational system, its results would expose you.

What the hell we were thinking when we printed the handbook containing past questions and answers over the years and gave them out to these student? Was it for them to study and pass? Did we not see that it was a recipe for disaster? How can you give questions out and ask the students to study it and expect that they won’t do it?

I seek not to belittle the good intentions of the policy of Free SHS, but, again, I think we got it wrong when we gave the students that handbook. Some I believe have been studying it cover to cover since SHS 1, this act, one of the videos gone viral confirms. I would not be surprised if in some schools, some lazy teachers set their questions from that handbook. As a people, I think it is about time, we look again at our educational system devoid of political influence of any kind. Let us as a people decide what we want for our children and not sit down for foreign donors to decide for us.

Lastly, to my friends writing your WASSCE, the government of Ghana and the good of this country, your parents inclusive did not promise you Free SHS with free grades. At least be appreciative of the fact that you are getting free education and your parents and guardians are giving you free pocket money too. We cannot take this act of indiscipline from you or any of the people behind you pushing you to misbehave. As a people of this great nation we cannot take this from you, we did not bargain for this with you nor do we expect you to be this violent after all that has been pumped into bringing you from darkness into light.