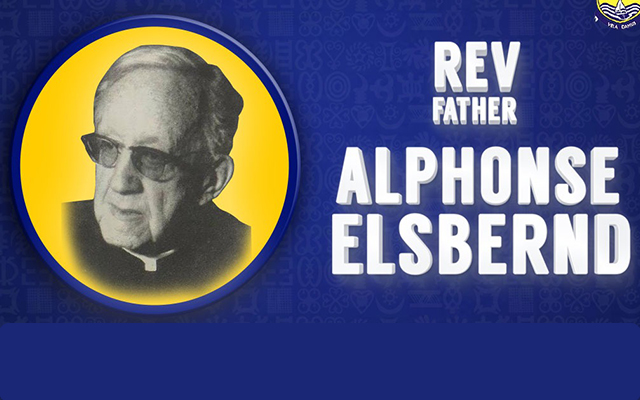 FR. ALPHONSE ELSBERND AND THE SCHOOLS

The first of the SVD missionaries to come to Ghana in October 1938 was Fr. Alphonse Elsbernd. An American, born in Festina, Iowa in the year 1899, his life spans almost the entire 20th century. He was ordained in Techny, went to Rome for further studies and then served as a teacher in SVD Seminaries in the United States, Germany and England.

He came to the Gold Coast with Fr. Gehring, a former Togo missionary at the end of the year 1938. Fr. Gehring got sick in his first month in the Gold Coast and had to go back to Germany, never to return to Ghana.

Fr. Elsbernd, at that time the lone SVD in the country was the one who took over the new mission from the SMA Priests. He personally played a great part in the phenomenal growth of the new mission. It was particularly in the field of education that Fr. Elsbernd excelled.

He founded the Catholic Mission Educational Unit and became its first General Manager. Through his efforts primary and middle schools mushroomed throughout the mission, both in the urban and rural areas. He pushed so hard to get new schools started that he became something of an irritation to the officials in the Colonial Government Education Department but without his vigorous tactics our catholic schools would never have developed in the grand way they did. 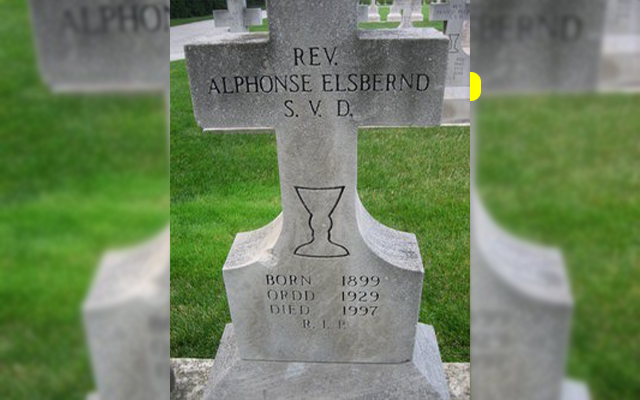 He pressed too for the establishment of Mount Mary Training College and the other secondary schools of the Accra Diocese. He became the first Rector of Pope John’s Minor Seminary and secondary school in Effiduase.

The saying was that a good SVD was busy with several jobs at once. Fr. Elsbernd was that kind of an SVD. In addition to all his work in the educational field he served as Pastor in many of the Parishes. In his retirement he was still teaching in St. Rose’s Secondary School in Akwatia.

Fr. Elsbernd left Ghana in 1977 after 33 years of yeoman service in the mission. Returning to the States, he served as a Chaplain in a hospital for several more years until he retired at Techny where he kept busy collecting stamps for the Missions until he died at the grand old age of 98.

May his gentle and the souls of all faithful departed, especially all the early missionaries, through the mercy of God, rest in Peace.