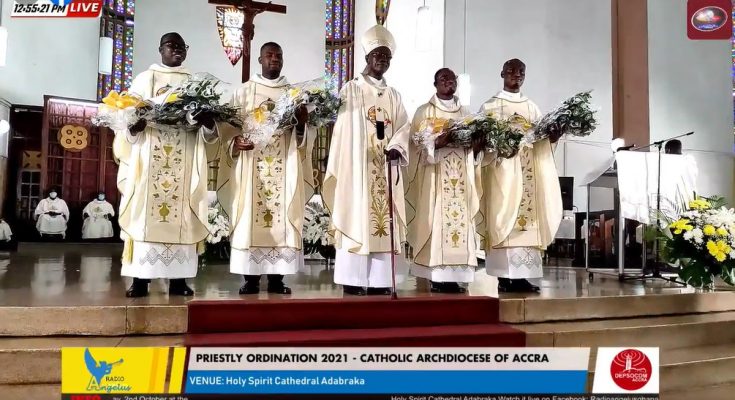 In a homily, very Rev. Fr. George Obeng Appah cautioned the deacons to be ware of the fact that, the conditions that prevailed in the days of the prophets have changed as compared to these days, at a time where the youth are consumed by social media and other worldly things and would not necessarily want to force them to eat grass but would rather focus on social media than the word of God 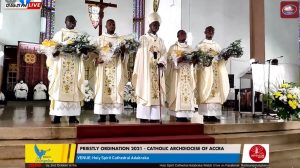 The investiture with stole and chasuble is where the deacons fully vested in a regalia of a Catholic priest and the name FATHER is attached to his name, when he’s addressed from that day. In their vote of thanks, the four newly ordained priests thanked all and sundry who in one way or the other played a part in their years of formation. A special mention was made the of Archbishop, the vocations director of of the Accra Archdiocese Very Rev. Fr. Emmanuel Quarshie and their families for the support, and asked for the prayers and continuous support of all, in their new role in the Lord’s vineyard. 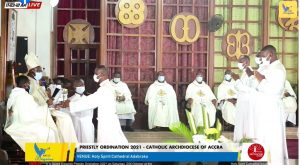 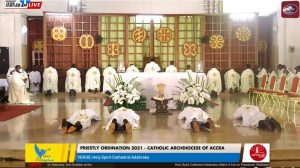 Present at the ordination were the religious, clergy, family members of the ordinands, the Catholic faithfuls and well wishers. 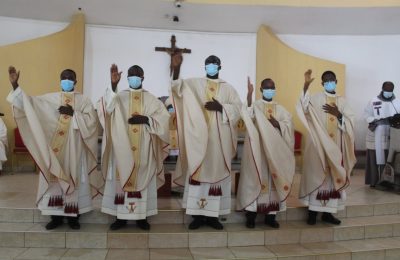